As far as breakup anthems go, Ed Sheeran's Don't is the most cutting piece of work since Justin hired a Britney lookalike for the Cry Me A River video.

It's regarded as something of an open secret in celeb land that the song about a cheating girlfriend was most likely written about Ellie Goulding's rumoured fling with One Direction's Niall Horan, but Sheeran has kept quiet on the rumours to date.

Keeping quiet is not so easy, however, when you're appearing on Howard Stern's radio show. The shock jock and America's Got Talent judge hosted Ed, 23, this week, and took the opportunity to call the chart-topper out on the lyrics of his hit. 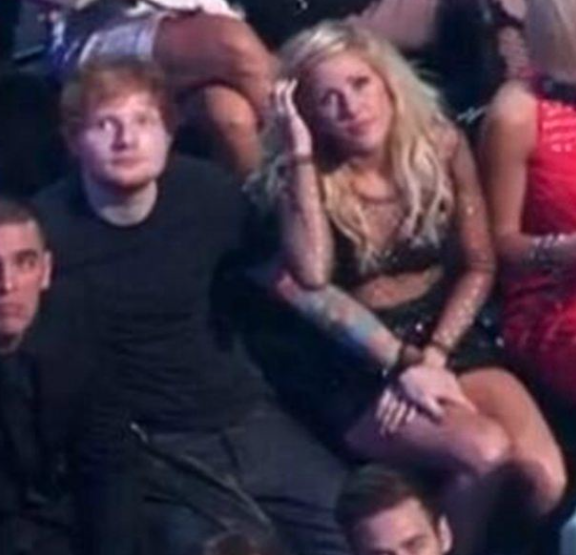 END_OF_DOCUMENT_TOKEN_TO_BE_REPLACED

“It was a One Direction guy, right,” Stern said on Monday's show.

“I didn’t really come out of that situation upset.

“I was just pissed off. I just thought it was a bit disrespectful.

"I got over it as soon as the song was done and the song happened pretty soon after."

He did, however, admit to an awkward moment of confrontation with the unnamed friend, saying: “It’s a difficult conversation to have… He was my mate, so I was just a bit like, ‘Um not cool,’ but…”

END_OF_DOCUMENT_TOKEN_TO_BE_REPLACED

Stern wasn't going to let him off easy, again pressing Sheeran by saying; “That was the guy in One Direction, right?”

Eventually Ed seemed to give in, saying: “Well, it depends which one you’re talking about!”, before laughing.

Over to you, Niall.

popular
Woman killed in Clare crash named as Peggy Twomey, mother of Marty Morrissey
Nick Cannon's 5-month-old son Zen has passed away
Mrs Brown's Boys star Fiona O'Carroll split from co-star husband after 15 years
People are losing it over Lana del Rey wearing a Shein dress on the red carpet
Maura Higgins ends up in A&E with everyone's nightmare injury
The Daly Dish's Gina introduces newborn baby Gene to the world
Someone has ranked the penis size of men from all over the world
You may also like
2 years ago
Turns out, this colour of wine gives you the WORST hangover
5 years ago
Gwen Stefani Receives Massive Backlash After "Insulting" April Fools' Prank
5 years ago
Katie Price Names And Shames The Twitter Trolls Bullying Her Son Harvey
5 years ago
Kim Kardashian Blasts "Body-Shaming and Slut-Shaming" In Brilliantly Honest Post
5 years ago
WATCH: Emma Watson Launched HeForShe Arts Week On International Women’s Day
1 week ago
Sheridan Smith "lucky to be alive" after awful road collision
Next Page