"I would do anything to go out for a spin in the car with you again."

Dr Alex George has shared a tribute to his younger brother on the first anniversary of his passing. 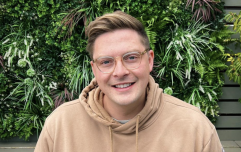 END_OF_DOCUMENT_TOKEN_TO_BE_REPLACED

"I can’t believe it’s been a year," Alex wrote. "Some days I really can’t accept or understand that you are not here. We miss you so much Llŷr.

"You give me so much strength, even when times are tough and it would be easy to give up. Mum, Dad and Elliott are doing ok, they miss you so much too. I would do anything to go out for a spin in the car with you again. Love you x." 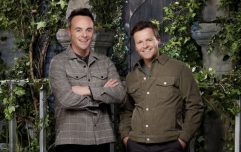 END_OF_DOCUMENT_TOKEN_TO_BE_REPLACED

Alex spoke of the guilt he felt following his brother's death on Lorraine last year. He said: "My life is before and after this. I’ll never get over it. I felt tremendous guilt. I am his older brother, I’m supposed to protect him."

END_OF_DOCUMENT_TOKEN_TO_BE_REPLACED

"I went through the horror, shock, breakdown in the first few weeks," he said. "It was out of the blue entirely. As an older brother, it’s tough to have a younger sibling do that. He had a place in medical school, he was due to start this year.

"I’ll never get over it, I think it will take me a long time to accept it. I think he was anxious about his exam results but we certainly didn’t think he felt like that."

Alex, a youth mental health ambassador for the UK government, appeared on the 2018 instalment of Love Island. He remained single throughout his time in the villa, eventually starting a relationship with Amelia Bath after leaving the show.

The couple later split due to coronavirus restrictions. Dr Alex last year expressed his desire to train as a GP.