An investigation has been launched after a stunning pearl gown worn by Lupita Nyong'o to this year's Oscars ceremony was stolen.

The $150,000 dress, which featured 6,000 Akoya pearls, was a major hit on the red carpet at the recent event but was later stolen from Lupita's room at The London West Hollywood.

According to TMZ, the gown was taken between 8am and 9pm on Tuesday, while the actress was away from the hotel and security guards are currently going through CCTV footage in an effort to identify the thief. 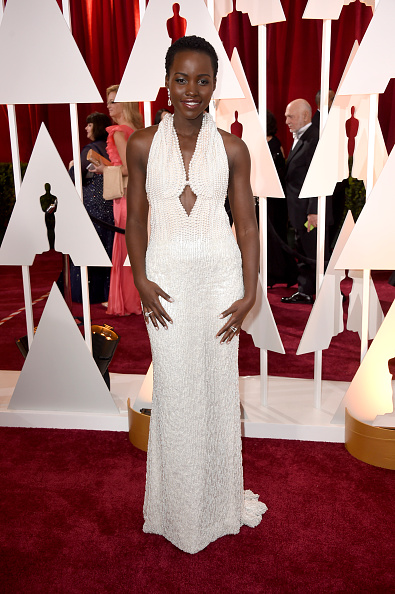 Girls With Goals || Her · Ep.154: Scholarship Squad Take 2 - Smurfit alum Grace Milton
popular
'They're Dead To Me Now' - Kate And Oliver Hudson Have Been Disowned By Their Father
Someone has ranked the penis size of men from all over the world
WATCH: A documentary about the two men who got married to avoid tax is coming to RTÉ
It's a Sin: Bump Channel 4's latest drama to the top of your watch-list
Sex dreams: What do they mean and why do we have them?
Police called to "illegal rave" in UK to find pensioners queuing for vaccine
Kourtney Kardashian and Travis Barker are officially dating
You may also like
14 hours ago
Joe Biden set to end abortion funding ban in the US
14 hours ago
Spanish woman mistakenly believed to have died from Covid returns to care home
3 days ago
Dublin man jailed for 10 years over coercive control in first for Ireland
4 days ago
Fire breaks out at world's largest Covid-19 vaccine production centre
4 days ago
Covid restrictions to last "well into February," says Coveney
5 days ago
Joe Biden has been sworn in as President of the United States
Next Page