Straight out of a fairytale.

The Duchess of Cambridge turns 40 today, on January 9, and to commemorate the royal's milestone birthday, Kensington Palace released three special new portraits of the princess yesterday.

The photos were taken in November at London's Kew Gardens by photographer Paolo Roversi, and can we all agree they are all sorts of worthy of a future Queen?

END_OF_DOCUMENT_TOKEN_TO_BE_REPLACED

In one of the images shared to The Duke and Duchess of Cambridge's Instagram account last night, Kate is seen wearing an elegant chiffon gown paired with diamond and pearl drop earrings, which actually belonged to her late mother-in-law, Diana, the Princess of Wales.

As well as the earrings, Kate's iconic sapphire engagement ring, which also belonged to Princess Diana, is also on display.

END_OF_DOCUMENT_TOKEN_TO_BE_REPLACED

Usually the one behind the camera, Kate is seen in full glamour mode in the second portrait. The mum-of-three is seen wearing a bold one-shoulder red satin dress with a dramatic sleeve and pockets. According to the Daily Mail, the diamond earrings she is wearing are from Queen Elizabeth's own collection. 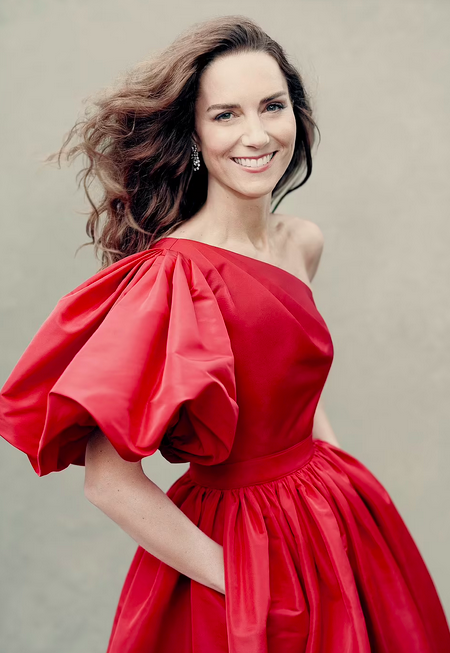 In the third and final photo, another black-and-white one, the 40-year-old is seen smiling in another one-shoulder dress with her trademark bouncy curls swept over her shoulders. 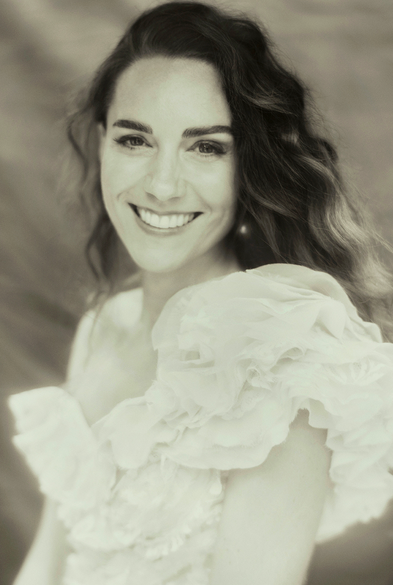 The portraits will enter the permanent collection of the National Portrait Gallery, of which Kate is Patron. Ahead of the Portrait Gallery's re-opening in 2023, the photographs will be part of its Coming Home project, a nationwide initiative that sees portraits of well-known individuals being sent to locations that they are closely associated with.

The Duchess of Cambridge's new photos will be displayed over the course of 2022 in three places that hold special meaning to Kate: Berkshire, where she grew up, St. Andrews, where she studies and met her future husband, Prince William, and Anglesey, where the newlyweds lived for the first couple of years of their marriage.

According to royal insiders, the Duchess of Cambridge will be spending her birthday privately with her family amid the ongoing surge in COVID-19 cases across the UK. This is rather similar to last year, when the mum-of-three celebrated her 39th birthday with a tea party hosted by her husband and children at their country home, Anmer Hall, in Norfolk.

The Duchess has had a busy few months, and is no doubt quietly preparing for her mammoth role as the future Queen when her husband takes the throne after his dad, Prince Charles. Just before Christmas, Kate hosted her first-ever Christmas concert at Westminster Abbey – and even surprised the world with her piano skills!

The Duke and Duchess of Cambridge have been taking on more official work this past year, as Queen Elizabeth found herself having to cancel engagements due to the pandemic and her own recent health issues.

popular
Traditional names such as Mary, Maureen, John and Michael may soon be extinct
When can we expect the outcome of the Johnny Depp vs Amber Heard case?
Doctors urge women not to follow Kourtney Kardashian's 'semen' fertility advice
Charlie Bird has shared his bucket list as he hopes to see Bruce Springsteen next year
The 2 Johnnies share unbelievable catfish ordeal as woman 'targets 40 people'
Husband of school teacher killed in Texas shooting dies of heart attack
Two racehorses die after escaping from Dublin field
You may also like
1 month ago
The Crown reportedly looking to cast a 'young Kate Middleton'
2 months ago
Prince William expresses "profound sorrow" over slavery
4 months ago
Kate Middleton tipped to replace Prince Andrew in new role
7 months ago
Ant McPartlin opens up to Kate Middleton about his struggle with addiction
5 days ago
Fashion house Dolce & Gabbana is 'sponsoring' Kourtney and Travis' Italian wedding
6 days ago
Everything we know so far about Kourtney and Travis's Italian wedding
Next Page