Duchess Kate has the cutest nickname for her daughter Princess Charlotte

Prince George and Princess Charlotte have a lot of adoring fans because the siblings are just adorable and can be a little naughty at times, resulting in much laughter, remember this?

We love hearing about their family life and it was no major surprise that their official Christmas card featuring eight-month-old Prince Louis was received very well indeed.

According to reports, they're going to spend Christmas at Sandringham, the Queen's royal estate in Norfolk, and it's believed they made the journey over the weekend.

Apparently, they stopped off at The Range, a retailer selling home and garden bits and bobs, as well as toys for the kids and unsuspecting shoppers were very surprised.

At one stage, three-year-old Charlotte was sitting on the ground and it was then that mum Kate shared the cutest nickname for her little girl, saying "get up, poppet".

Sarah Daniels was there on the day and spoke to The Daily Mail afterwards:

"As I was looking at the shelves I noticed a tall dark-haired lady further down the aisle and thought to myself 'I recognise that face". 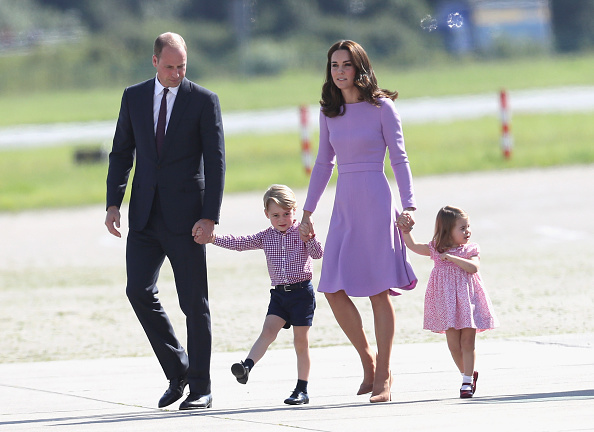 Apparently, Prince George, who will turn six in July next year, was very taken with some dinosaur slime and asked his mum if she could have some but Sarah couldn't hear her response.

There you go, a standard pre-Christmas shopping trip for the Cambridge family.

popular
Will Smith admits to 'failing miserably' in 21-year marriage to Jada Pinkett Smith
Someone has ranked the penis size of men from all over the world
Here's what happens on every day of your menstrual cycle (roughly)
QUIZ: Can you guess the TV series from the intro lyrics?
QUIZ: How well do you remember the 2005 movie Pride & Prejudice
Glee Star Naya Rivera Faces Backlash After Making ‘Race’ Joke
Sweet Magnolias author Sherryl Woods shares hopes for season two of the Netflix series
You may also like
2 months ago
A royal expert has revealed Kate's underwear choice for looking put-together
3 months ago
Kate Middleton and Prince William conducted a surprise royal engagement via video call
3 months ago
Prince William and Kate Middleton have hired Meghan Markle and Prince Harry's social media manager
3 months ago
Kate Middleton's stunning pink suit is from M&S and it's still in stock
3 months ago
The Duchess of Cambridge has revealed Prince Louis' favourite song (and it's a classic)
4 months ago
Kate Middleton and Prince William share adorable photo from their tour of Ireland
Next Page