Actor Lacey Turner has given birth to her first child.

The EastEnders star and husband Matt Kay welcomed a baby girl last Friday, July 12, just a few weeks after celebrating the pregnancy with a baby shower.

OK! Online reports that the parents are "over the moon."

Turner and Kay married in 2017 in Ibiza.

The pair first met when they were teenagers and have been trying to start a family for the past few years. 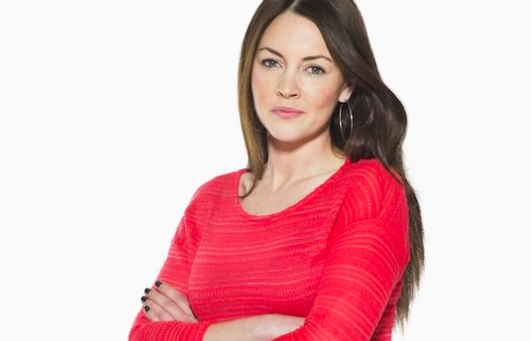 Turner, who is best known for playing Stacey Slater in the BBC soap, experienced two miscarriages before becoming pregnant with her daughter.

She said recently that she felt "so lucky" to be expecting for the third time.

"I can’t wait to nurture our baby – we’ve dreamed of having a family for so long," she said ahead of the birth.

"When you’ve lost babies all you care about is the heartbeat - we’ve had about 12 scans."

Turner told This Morning that she didn't let herself get excited about the baby until she had passed her 20 week scan.

“I got to seven weeks and thought, 'don't get excited,' then eight, nine, my family would say it was time and I told my mum not to talk about it," she admitted.

Turner and Kay announced that they were expecting in February of this year.

The actor has yet to post about the birth on social media.


popular
Say hello to the €19 Penneys skirt that will go with everything in your wardrobe
Meet the cleanser that reduced pore size for 91 percent of women (in just three weeks!!!)
Sorry, can we talk about Kate Middleton's €10 leopard-print skirt for a minute?!
Say hello to the €20 New Look skirt that will go with everything in your wardrobe
The one food that the Royal Family are forbidden from eating
Met Éireann state that three days of snow, hail, and sleet is coming for parts of Ireland
Introducing the €45 ASOS skirt you're going to see everywhere on Instagram next season
You may also like
21 hours ago
'Goodbye Louise': EastEnders' Tilly Keeper shares tribute as her exit scenes air
1 week ago
EastEnders filming photos 'confirm' the return of a major character
1 week ago
EastEnders is reportedly set to kill off a major character next month
3 weeks ago
EastEnders fans are convinced Keanu Taylor will be back VERY soon for revenge
4 weeks ago
EastEnders to air a major flashback episode on New Year's Day
1 month ago
EastEnders' Christmas episode to see one Mitchell deliver 'killer blow' in Keanu story
Next Page