RTE's Eileen Dunne has announced that she has every intention to leave the broadcaster when she turns 65 next year.

While we have a good few months to go, Eileen said that she plans to retire as soon as she hits 65, leaving her slot on the Nine O'Clock news for good.

END_OF_DOCUMENT_TOKEN_TO_BE_REPLACED

The newsreader has a staff contract with RTE which means she will have to retire as soon as she turns 65 and is technically working as a civil servant.

This rule in RTE also affected both Mary Kennedy and Sean O'Rourke and meant they both also needed to retire at 65.

Eileen explained that she is 'ready' to retire, telling RSVP that she had initially thought she would leave when she hit 60 but decided to stay on for five more years. 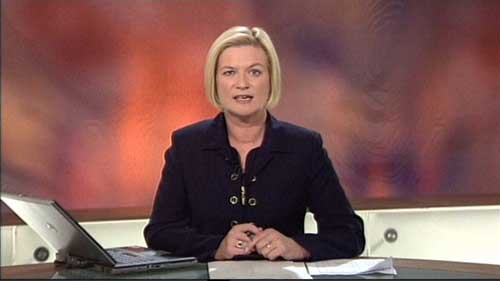 END_OF_DOCUMENT_TOKEN_TO_BE_REPLACED

"I have been there for over 40 years and I feel like I have done my time," she explained.

Thankful she managed to stay working during the pandemic, she did note that during that time she learned that she was able to "structure" her day without work and was able to come to terms with retiring.

"I will miss the routine too but the way I am working at the moment is leading me into retirement. I do a week on and then one or two days the next week," she added, saying she will also miss her colleagues dearly.

"Mary Kennedy and I started on radio on the same day and we have been friends ever since."

Eileen is also good friends with Anne Doyle and Emer O'Kelly, and says she will still see them as often as she can once she leaves the broadcaster.

Eileen turns 65 in April of 2023, so we've got another year before she leaves us for good.

popular
Here are the baby name trends set to dominate 2023
Love Island's Faye Winter says she feels like she's "failing" as an influencer
Selena Gomez calls out "vile and disgusting comments" following Hailey Bieber interview
Royal Family ban TV channels from using funeral footage
Why Are Men so Obsessed With Boobs? The Answer is Pretty Surprising...
Stacey Solomon addresses previous comments about the monarchy
So, William and Harry have a step sister... and who knew?
You may also like
1 day ago
Tayto Park has been renamed Emerald Park
1 day ago
Gardaí investigation underway as baby skeletal remains found in Cork
2 days ago
Disability group shares concerns ahead of winter following "disappointing" budget
3 days ago
Contraception, IVF and rent relief: Key takeaways from Budget 2023
3 days ago
Why Cuba's redefinition of the family is so significant
1 week ago
Here's why Iranian women are protesting the country's morality police
Next Page