Move over Matt Damon, there's a new A-lister in town.

Elizabeth Banks has moved her entire family to Ireland to start filming on her new movie, amazingly titled, Cocaine Bear.

The actress took to Twitter on Monday to confirm that she had relocated alongside her family as filming begins on her new project. 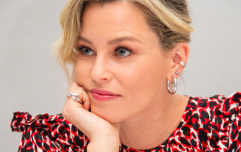 END_OF_DOCUMENT_TOKEN_TO_BE_REPLACED

In the video shared by Banks, she can be seen driving past a Dublin Bus, taking her sons to see the Irish Sea, and even trying out some Tayto crisps - after all, is there anything more Irish than Tayto?

"I moved to Ireland. I'm making a movie here, it's set in Georgia but hey," she said in the clip. 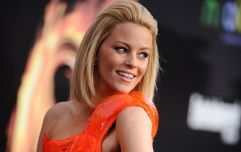 END_OF_DOCUMENT_TOKEN_TO_BE_REPLACED

Banks, still best known in front of the camera for her turns in The Hunger Games and The 40-Year-Old Virgin, has been hired by Universal to direct this comedy-thriller inspired by true events that took place in 1985.

As reported by The New York Times at the time, a large black bear happened across a duffle bag in the wild, and proceeded to consume the contents of said bag. The bag happened to be ditched by a local drug smuggler, and the contents included lots and LOTS of cocaine.

Phil Lord and Chris Miller (The LEGO Movie, Into The Spider-Verse, 21 Jump Street) are also set to produce the movie.

It is unclear if the plot of Cocaine Bear will follow the exact story of what happened back in 1985, but either way - we can't wait to see it.

popular
Claire Byrne Live viewers in shock as woman shares family DNA secret
2 children hospitalised amid US baby formula shortage
How To Murder Your Husband author on trial for murder of husband
Gogglebox fans show an outpour of support for star after hospital picture
Gardaí launch investigation into Kildare car being hijacked with woman inside
Viewers in bits over emotional Derry Girls finale special
A Derry Girls star made an appearance in Conversations with Friends last night
You may also like
2 years ago
The stars of Charlie's Angels discuss 9am shots and the movie's most fun scene to shoot
2 years ago
QUIZ: Which 2019 Charlie's Angel are you?
4 years ago
Elizabeth Banks forced to apologise for Spielberg comment
5 years ago
Elizabeth Banks reveals why she was turned down for the role of Mary-Jane in Spiderman
6 years ago
Her Look of the Day - Elizabeth Banks in a Dreamy Marchesa Gown
6 years ago
Pitch Perfect Fan? There Was A BIG Announcement Earlier Today
Next Page