Ellen DeGeneres is one of the most open, honest and respected women in the entertainment industry.

As well as being a human rights activist, the TV host was one of the women to come out as a lesbian, when she made the announcement on her TV show in 1997.

Hailed as the woman who opened the door for the LGBT community in Hollywood, Ellen played herself on her show – telling a therapist (Oprah Winfrey) how she was in love with another woman.

END_OF_DOCUMENT_TOKEN_TO_BE_REPLACED

The reaction to the episode was what Ellen feared – ABC cancelled her show ‘Ellen’.

The hasty response and cancellation of the show meant Ellen was pulled into the spotlight and giving an interview to Oprah Winfrey at the time, she received an audience of 40 million viewers who wanted to hear her side of the story. A significant sign she wasn't alone. 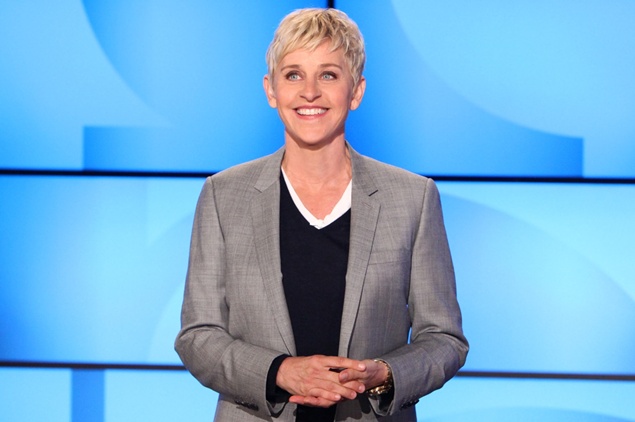 Now nearly 20 years later, Ellen gave another interview to her friend Oprah where she revealed her decision to come out so publicly on national TV:

“I didn’t think I would be coming out on a show ever.

“I wanted to know what the inner dialogue of my subconscious mind was, and it was scary and crazy. What came out of listening to what I had been saying to myself is, ‘Would I still be famous? Would they still love me if they knew I was gay?’ And my fear was, ‘No, they wouldn’t.'”

In a heartbreaking admission, Ellen admits rehearsing her lines for coming out saying “I used to be gay” used to reduce her to tears:

END_OF_DOCUMENT_TOKEN_TO_BE_REPLACED

“To say that sentence out loud in front of a whole bunch of people is scary as hell and emotional and empowering, which is why most people cry when they tell their parents or tell anybody.

With the marriage referendum signalling a new wave of acceptance and love, here’s hoping the tide is turning for people who hope to come out in the coming years.

popular
These are the top baby names for 2022
Man charged in connection with Ashling Murphy's murder
Teen who pushed girl “head first” under Dart to face trial in adult court
Netflix shares more pictures from Bridgerton season 2
Here are the Covid restrictions that may be lifted as early as next week
14-year-old girl rescued from kidnapping after police follow Snapchat location
Fans convinced Love Island's Chloe inspired new Kanye track
You may also like
2 years ago
Turns out, this colour of wine gives you the WORST hangover
5 years ago
Pretty Little Liars actor Brandon Jones could be facing over five years in prison
5 years ago
Gwen Stefani Receives Massive Backlash After "Insulting" April Fools' Prank
5 years ago
Katie Price Names And Shames The Twitter Trolls Bullying Her Son Harvey
5 years ago
Kim Kardashian Blasts "Body-Shaming and Slut-Shaming" In Brilliantly Honest Post
5 years ago
WATCH: Emma Watson Launched HeForShe Arts Week On International Women’s Day
Next Page