The TV host contacted the Academy, asking for Kevin Hart to be reinstated as host for the 2019 awards.

Early last month we were all in shock following the sudden announcement from Kevin Hart that he would no longer be hosting this year's Oscars.

It came just two days after Kevin revealed he had bagged his dream gig and took to Instagram to tell his followers that the Academy of Motion Picture Arts and Sciences gave him an ultimatum: choose between apologising for homophobic tweets he made in the past or losing the job.

The Night School actor said that the tweets were from nearly a decade ago and that he would not be apologising for them.

I know who I am & so do the people closest to me. #LiveLoveLaugh

He recently appeared on Ellen to further explain his viewpoint and stressed that the tweets were from so long ago and he has already apologised for them.

"I know I don't have a homophobic bone in my body."

"I know that within my apologies, I've taken ten years to put my apology to work. I've yet to go back to that version of the immature comedian I once was."

I know who I am & so do the people closest to me. #LiveLoveLaugh 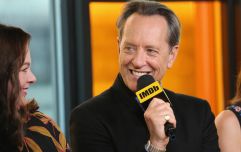 END_OF_DOCUMENT_TOKEN_TO_BE_REPLACED

The actor continued that he felt like the re-surfacing of those tweets from 2008 was a personal attack on him.

Throughout the interview, Ellen displayed her support for him saying that she had gotten in contact with the Academy who would love to have him back.

When Kevin seemed reluctant Ellen put it to him that perhaps the trolls who are not willing to let Kevin grow and move past his mistakes will win if he doesn't host the Oscars.

However you feel about this, the only positive way through it is to talk about it. Thank you for being here, @kevinhart4real. ❤️

While Kevin did not give a definitive answer on the show he did say that he will evaluate the conversation they had.

It is yet to be confirmed who will host the 91st Academy Awards which are set to take place next month.

Girls With Goals || Her · Ep.160: The Beauty Of Coaching - Hayley Harrison joins us from Sport Ireland
popular
These 14 Dublin attractions are opening their doors again next week
Doctors warning young people against 'sun cream contouring' TikTok trend
28 amazing Irish glamping spots for your 2021 staycation
The countdown is on! 10 things we'll be racing to Penneys for when they open
More footage of Tristan Thompson cheating on Khloe has emerged
Louise Redknapp just admitted a shocking truth about her ex husband, Jamie Redknapp
Easy DIY: A super-chic pallet daybed for garden entertaining
You may also like
2 months ago
It's over: Kim Kardashian files for divorce from Kanye West after seven years of marriage
1 year ago
BAFTAs 2020: Why many celebrities dressed sustainably for this year's awards
2 years ago
Everyone is talking about Cheryl's snappy moment on 'The Greatest Dancer' last night
2 years ago
James McVey posts picture of the moment right before he proposed and BOY is it risky
2 years ago
Cheryl's got some explaining to do after revealing a wild secret from her Girls Aloud days
2 years ago
Saoirse Ronan reveals what she did after the Golden Globes and we'd be the exact same
Next Page