Not great news for the couple.

A lot of celebrities over the years have named their children very unusual names with everything from Apple to Stormi.

That being said, no baby name has caused as much of a stir online as the name Elon Musk and Grimes chose for their newborn baby.

We need the name we literally need it https://t.co/ZnhOxf3vfn

Yes, the name that the tech giant and musician decided upon for their son is X Æ A-12.

Since revealing the name on Twitter, there has been no end to the speculation on how the name is actually pronounced.

After some research some suggested it actually wasn't that unusual at all and was actually pronounced 'Kyle', but spelt in a kind of code.

So it's Kyle Musk? pic.twitter.com/9iI9f63Wwb 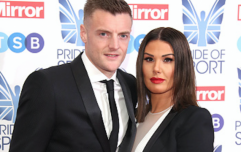 END_OF_DOCUMENT_TOKEN_TO_BE_REPLACED

It seems that all this may have been for nothing though as the couple have recently discovered that they can't actually name their baby X Æ A-12, as it is against California law for symbols and numbers to be used in a name.

"In California, you can only use the '26 characters' of the English language in your baby name. Thus, you can't have numbers, Roman numerals, accents, umlauts or other symbols or emojis. Although an apostrophe, for a name like 'O'Connor,' is acceptable."

This would mean that only the X A part of the child's name would be allowed on his birth certificate, making the name stranger if anything.

It's not currently known what the couple intend on doing about this, or if they actually intended on naming their child X Æ A-12 at all.

Honestly, who knows at this rate.

popular
5 new additions to Netflix to spend your weekend watching
Irish teacher Lucy Lanigan-O'Keeffe is engaged Prince William's best friend, Thomas van Straubenzee
The second season of Dirty John lands on Netflix next week and we’re already hooked
Eight Of The Best Films And Documentaries On 9/11
Staycation: TripAdvisor reveals the top 10 hotels in Ireland for 2020
So, William and Harry have a step sister... and who knew?
Dirty Dancing officially arrives on Netflix today and that's our Sunday sorted
You may also like
7 months ago
These are the 26 most popular Christmas-themed baby names
7 months ago
'The Body Coach' Joe Wicks reveals the name of his newborn son
1 year ago
Aoife is the number one Irish baby name in the US right now, finds survey
1 year ago
Irish baby names are on the rise among parents in the United States
1 year ago
The most popular baby name in Ireland for 2018 has been revealed
1 year ago
Billie Piper has shared the first photo of her newborn daughter and it is ADORABLE
Next Page