The Office actor took to Twitter last night to make the announcement and revealed the name of the new arrival.

He wrote: “Wanted to let the news out directly. Emily and I are so incredibly happy to welcome our daughter Hazel into the world today! Happy bday [sic].”

END_OF_DOCUMENT_TOKEN_TO_BE_REPLACED

John and Emily, who has starred in The Devil Wears Prada and The Five-Year Engagement, revealed they were expecting back in September. The couple tied the knot in July 2010 after two years of dating. 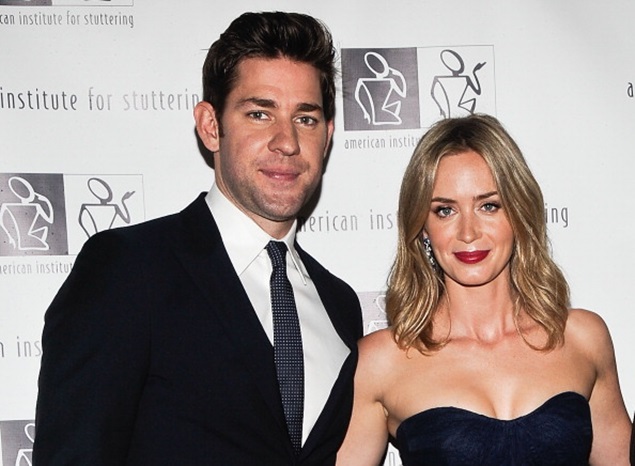 John and Emily have welcomed their first child, a baby girl called Hazel.

popular
This Netflix Christmas film is being dubbed the perfect rom-com
"You can’t imagine what it feels to have had a baby and yet feel like you didn’t"
Nicola Coughlan lands "lifelong dream" role as she gets cast in Oliver Twist
Expecting a baby in December? These are the top Christmas-inspired baby names
Why Are Men so Obsessed With Boobs? The Answer is Pretty Surprising...
'Suddenly it's all gone' Andrea Corr opens up about suffering five miscarriages
Kendall Jenner and Harry Styles are 'just friends', insider claims
You may also like
3 years ago
Turns out, this colour of wine gives you the WORST hangover
6 years ago
Lily Allen has revealed that she was stalked for seven years
6 years ago
Pretty Little Liars actor Brandon Jones could be facing over five years in prison
6 years ago
Gwen Stefani Receives Massive Backlash After "Insulting" April Fools' Prank
6 years ago
Katie Price Names And Shames The Twitter Trolls Bullying Her Son Harvey
6 years ago
Kim Kardashian Blasts "Body-Shaming and Slut-Shaming" In Brilliantly Honest Post
Next Page