Jill Scott has discussed how difficult it is for players to come out as gay in men's football, and the contrast there is between the men's and women's games on this matter.

In Monday night's episode of I'm A Celebrity... Get Me Out of Here!, Jill and her fellow campmates Seann Walsh and Boy George were discussing when the singer knew he was gay. 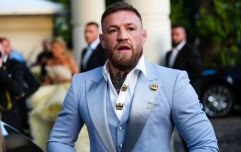 END_OF_DOCUMENT_TOKEN_TO_BE_REPLACED

George said: “I find it’s more other people ask about it, I’m busy being myself.

"They often ask, ‘When did you know you were gay?’ It was kind of gradual I think. For me it was other kids calling me a girl… ‘You’re a girl’.

"I knew if I announced it I’d be immediately unpopular in the playground, but inside of me, I absolutely thought it was totally normal and this is what’s meant to be.”

Seann then asked Jill: “In women’s football, coming out and homosexuality, is it more open? As obviously that is a problem in men’s football.” 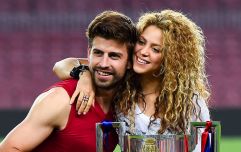 END_OF_DOCUMENT_TOKEN_TO_BE_REPLACED

Jill said: “I think in the men’s game, it’s so difficult.

"But in women’s football it’s just never an issue. Some have partners that are female, some are married to men"

Jill is herself gay, and is engaged to her long-term partner Shelly Unitt.

Jill owns a coffee shop with her fiancée Shelly (Instagram) 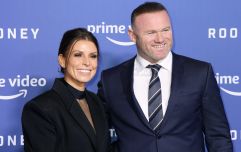 END_OF_DOCUMENT_TOKEN_TO_BE_REPLACED

Speaking about how important role models are for youngsters, the England legend added: “Obviously there was no female role models for me to look up to… But I’d watch Beckham do a trick or Gerrard do something and I’d just be practising for hours.

"I was literally in the back lanes just with my ball all day all night until my mum would shout, ‘Jill it’s time for your tea’ and then I’d be back out again because I wanted to perfect this skill.”

Jill continued: “And now I’ll put on my own soccer camps and the girls have the female players on the back of their shirt.”

Continuing the discussion of idols, Boy George said: “I think, for me, Bowie was the beginning of me going, ‘Oh my god, I’m not alone.’

"It didn’t matter whether he was gay, straight or bisexual, he was a massive role model."

popular
Bride asks for divorce day after wedding following groom's disrespectful cake stunt
Gwen Stefani reportedly pregnant with baby number four
Here's why Nicola Peltz-Beckham's family are suing her wedding planners
Couple decide to live on cruise ship permanently after finding it's cheaper than paying mortgage
These are the most popular names for babies born in February
Natalie Imbruglia's Torn is actually a cover and the original just isn't the same
Police believe they know what happened to missing dog walker Nicola Bulley
You may also like
3 weeks ago
Two Munster players got engaged following their rugby match over the weekend
1 month ago
MMA star explains how OnlyFans page has supported her career in sport
5 months ago
Linda Djougang: "The minute you wear that jersey, you wear it with pride"
5 months ago
Taking up golf? This free app is an amazing beginner's guide for anyone starting out
7 months ago
WATCH: Incredible moment coach saves swimmer as she faints underwater
9 months ago
Taking up golf? Here's where you can find somewhere to practice near you
Next Page