The engagement might be off, but is a reconciliation on the cards?

Former lovebirds Evan Peters and Emma Roberts have set tongues wagging after they were spotted having dinner together in Hollywood this week.

Two months ago Roberts, 24, and Peters, 28, called off their plans to wed following a three year relationship. 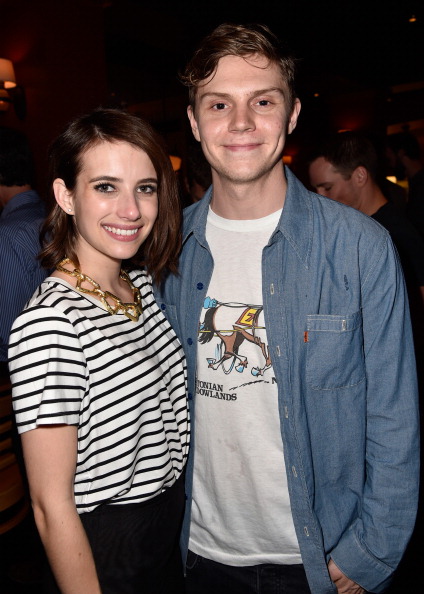 END_OF_DOCUMENT_TOKEN_TO_BE_REPLACED

It seems there are no hard feelings, however, and they still look very cosy indeed.

The stars, who met on the set of Adult World in 2012, are still working together on American Horror Story.

In July 2013, Roberts was arrested for domestic violence following an altercation with Peters. She was released shortly thereafter as Peters did not press charges. He proposed to Emma in January of 2014.

popular
Gardaí investigating woman's death after body found in apartment
These are the top baby names for 2022
Madeleine McCann investigators say they've found new clues that could "heavily incriminate" suspect
People are only realising Kendall Jenner and Gigi Hadid are related and the reactions are gas
Emmerdale star Toby Kirkup died hours after being discharged from hospital, inquest finds
Man charged in connection with Ashling Murphy's murder
Teen who pushed girl “head first” under Dart to face trial in adult court
You may also like
2 years ago
Turns out, this colour of wine gives you the WORST hangover
5 years ago
Lily Allen has revealed that she was stalked for seven years
5 years ago
Pretty Little Liars actor Brandon Jones could be facing over five years in prison
5 years ago
Gwen Stefani Receives Massive Backlash After "Insulting" April Fools' Prank
5 years ago
Katie Price Names And Shames The Twitter Trolls Bullying Her Son Harvey
5 years ago
Kim Kardashian Blasts "Body-Shaming and Slut-Shaming" In Brilliantly Honest Post
Next Page