'It does eventually get boring': Suzanne Jackson opens up about starting a family

"Some people don’t want kids and that's okay too."

Suzanne Jackson has opened up about starting a family - saying that she doesn't have any plans yet.

The entrepreneur did a Q&A session with her sister Carla on Instagram this week and said that it can get a bit "boring" to have her followers message her about having kids. 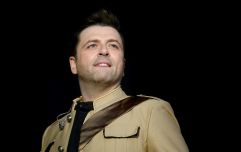 END_OF_DOCUMENT_TOKEN_TO_BE_REPLACED

When asked - and with Carla saying that she definitely wants children - Suzanne said: "I’m still unsure, haven’t made up my mind yet with my husband.

"Some people don’t want kids and that's okay too. It’s not a tick list and there’s no rule book."

"I’m very thankful I’m living in the moment, we’re enjoying ourselves as husband and wife.”

She also said that she is "very blessed and "if a surprise happens, it happens, but no major plans there."

Suzanne married Dylan O'Connor in August 2017 and they have since bought a house together in Malahide.

popular
Women are rinsing their hair in apple cider vinegar – and the results are amazing
Worried about a loved one? Here are 5 signs of suicide to look out for
FBI reveal that Brian Laundrie is responsible for Gabby Petito's death as they discover notebook
Bottleneck bangs: They're in and they're cuter than you think
And Just Like That... episode 8: Nobody saw this one coming
Woman hospitalised following stag attack in Co. Kerry
Emmerdale actors Max Parker and Kris Mochrie announce engagement
You may also like
5 days ago
Best friends find out they're pregnant on the same day and give birth an hour apart
2 weeks ago
Of course Pope Francis thinks it's selfish to have pets instead of kids
1 month ago
World's 'most identical twins' want to become pregnant by same fiancé
3 months ago
Equality for Children campaigners achieve rights after 5 years
3 months ago
Dad speaks out after school tells daughter period pain is not a valid reason to miss class
5 months ago
Woman won't have another baby if her partner won't take parental leave - and fair
Next Page