The gift that just keeps on giving.

But things weren't always this way. A few weeks ago - Jesus, even a few days - Love Island fans were fed up. They were shocked, appalled, and harrowed by the footballer's actions, his inability to read the room, his simple desire to couple up with anything that moved.

END_OF_DOCUMENT_TOKEN_TO_BE_REPLACED

Back when Toby and Chloe were coupled up viewers screamed for them to be dumped. When he set his sights on Abigail they called for his removal from the villa. When he went to Casa Amor and met Mary they rolled their eyes and expressed their lack of interest in his role on this show.

At this point, if Toby manages to pull it off and get back with Chloe, just give him the 50K and cancel the show. What a legend. #LoveIsland pic.twitter.com/ukSwB19SIk

Toby's behaviour has become so chaotic that we largely have no choice but to stan. He's creating his own storylines, he's carrying the drama. He's moving mad and nobody knows where he's going to go next. He's unpredictable, and this is what we've needed. It's what we deserve.

We don't know what he's going to do, but we know it's going to be something wild - we expect it, and so do the girls. Last night's episode saw Chloe laugh hysterically after being told that Toby still had feelings for her. Throwing her head back and cackling by the fire pit she declared that yes, she'd be up for getting back with him too. Of course she would - just think of the airtime.

END_OF_DOCUMENT_TOKEN_TO_BE_REPLACED

Elsewhere, Abigail and Mary seem fairly chill about the entire situation. The former has become a favourite among the girls while the latter seems content enough to have made it to the main villa at all. She won't be there long, but hey, at least she might get a one time Spotlight deal out of it.

Toby's actions largely aren't hurting anyone. At least, not on the same level that Liam's or Tyler's may be. Where Millie cried for two episodes after Liam's antics in Casa Amor, Abigail chose stoicism. She said that she hoped he'd come back alone but was pretty much alright when he didn't.

Toby brought another girl back because he just didn't think. His actions are built firmly on whatever vague thought is passing through his head at that very moment - there's no malice. There's no anything.

#loveisland
Mum I think I like Chloe again now pic.twitter.com/EqVMUUZISr

And then, of course, the memes. Toby may just be the most meme-able man on the planet. He is the gift that keeps on giving, the grown man stood child-like at the bottom of your bed, the person angrily pumping iron in the garden. 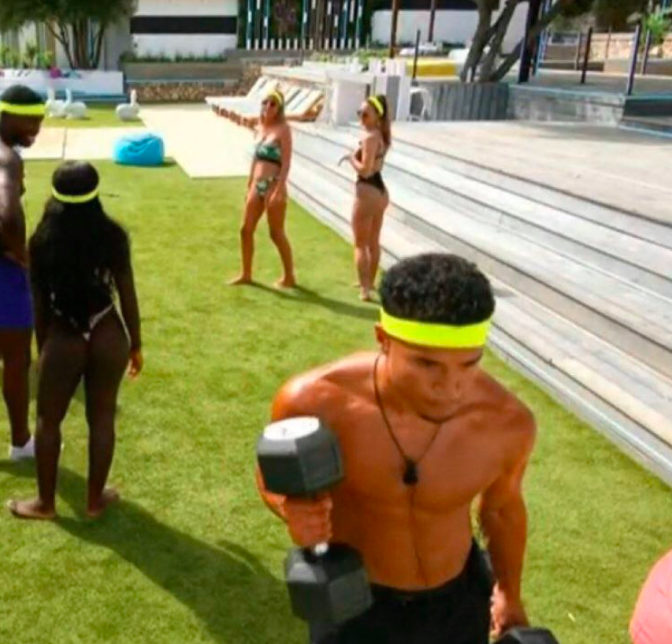 What started as a burning desire to get the man out of the villa has become an incessant need to keep him in there.

You may not want to date the guy, but god, he's a good watch.