The singer was presenting the award for best video at last night's VMAs when she decided to say a few words about the Queen of Soul who passed away last week.

However, viewers were confused by Madonna's tribute to Franklin, saying that it was mainly about herself and not about the iconic singer songwriter.

During her speech, Madonna said that Franklin's music had "changed the course of my life" and that when she was younger, she was asked to sing a version of 'You Make Me Feel (Like a Natural Woman)'. 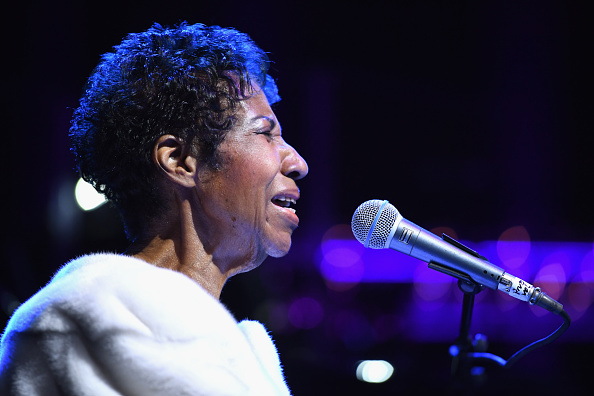 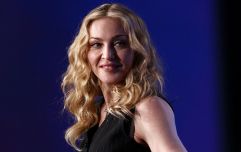 Madonna will perform at the Eurovision 2019 final this Saturday

END_OF_DOCUMENT_TOKEN_TO_BE_REPLACED

Madonna didn't have sheet music though so she decided to sing the song acapella because she knew it "off by heart" anyway - and even though she was "some skinny-ass white girl", she was still able to sing the song no bother.

Viewers weren't all that impressed with Madonna's tribute to Franklin, but it wasn't just what happened on the stage last night that got people talking about the pop star's attitude towards soul musicians and black culture.

So all the black artist they could call to talk about the legacy of the Queen of Soul Aretha Franklin and MTV brought out Madonna to mention Aretha one time in her long ass story???? #VMAs D.I.S.R.E.S.P.E.C.T. pic.twitter.com/9wAmpxH74k

Madonna has been entitled + gentrifying [black] things for a LONG time.

She called her white son “Dis N*gga” and then SHE got offended.

and let’s not forget her centering herself in The Carter’s historic moment. pic.twitter.com/3EyVMf0aBn

The fact that you made a moment about OUR Queen about YOU is just another example to add to the list.

me waiting for her to utter anything remotely relevant to Aretha's life or accomplishments pic.twitter.com/EVviG5WuT5

Is Madonna the one who passed away or...

Franklin passed away last week after a battle with pancreatic cancer.

The big winners of last night's VMAs were Cardi B, Camila Cabello, and Post Malone.

popular
James Arthur says his relationship with this celeb made him a sex addict
Wagatha Christie: Rebekah Vardy storms out of court just 30 minutes into final day
Fashion house Dolce & Gabbana is 'sponsoring' Kourtney and Travis' Italian wedding
Rebel Wilson claims male co-star sexually harrassed her
Why Are Men so Obsessed With Boobs? The Answer is Pretty Surprising...
Did You Know This Is Blake Lively’s Real Name?
Here's what happens on every day of your menstrual cycle (roughly)
You may also like
3 years ago
Then and now: Just look at our fave QUEENS, still killing it decades on
4 years ago
Madonna shared the most bizarre selfie and everyone is thinking the same thing
4 years ago
Madonna celebrates daughter Lourdes' birthday with sweet post
4 years ago
Madonna gets court order to stop these personal items being auctioned
5 years ago
Madonna has made a dig about the new movie about her
5 years ago
Madonna has just been given permission to adopt twin sisters from Malawi
Next Page