On Sunday, Kourtney Kardashian walked the red carpet at the Oscars with her boyfriend Travis Barker - and she looked stunning. Unfortunately, all anyone could talk about was the size of her stomach.

END_OF_DOCUMENT_TOKEN_TO_BE_REPLACED

As we all know, the night was overshadowed by one chaotic event in particular, but Kourtney was also one of the main talking points.

Before we get into it, I'm not saying it's a totally bad thing - there's a reason why we speculate over celebrity pregnancies. It's normal for someone to care about such a huge monumental moment in their fave celeb's life. And we've reported on it a lot, just like we did last week when Britney Spears sparked a few rumours with a cryptic Instagram picture.

But it's a little different when you throw body shaming into the mix. The problem here is assuming that just because a woman's body doesn't comply with beauty standards, she must be pregnant. 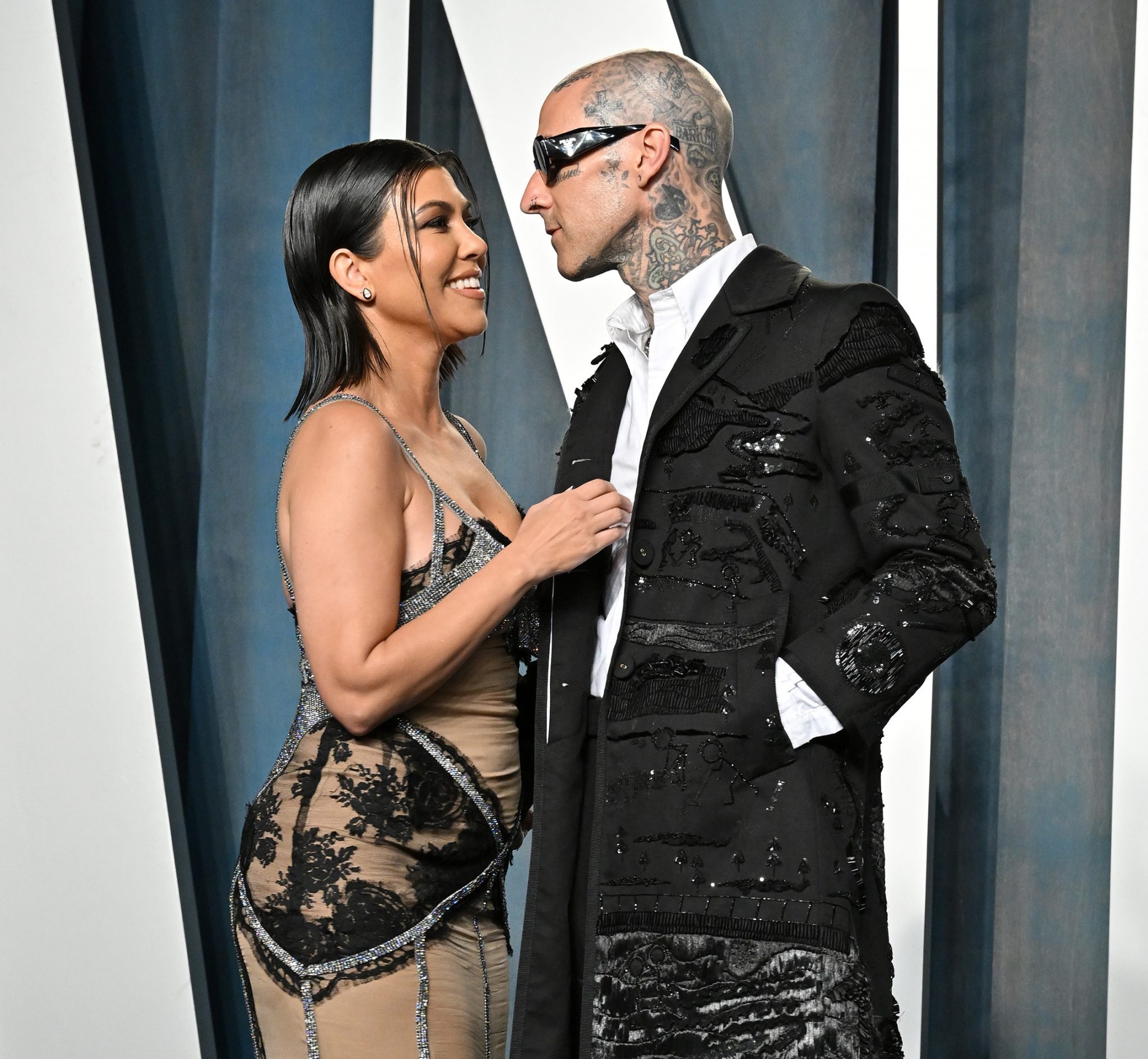 END_OF_DOCUMENT_TOKEN_TO_BE_REPLACED

Recently, Kourtney and Travis spoke publicly about wanting to have a baby and in the trailer for the Kardashian family's new reality TV show, Kourtney confirmed that she is undergoing IVF treatment.

“Travis and I want to have a baby," she said. "And so my doctor took us down this road of doing IVF. It hasn’t been the most amazing experience.”

But even if the conversation following the couple's appearance at the Oscars was taking this into account, it seemed to solely focus on her slightly protruding tummy.

Take the comments on a TikTok of the pair arriving at the ceremony, posted on E! news' official account, as an example. The comment section was full of remarks like : "I see a baby bump", "omg she's prego", and "omg her belly!!".

END_OF_DOCUMENT_TOKEN_TO_BE_REPLACED

Meanwhile, another person pondered: "Why can a woman not just have a little tummy or be bloated without everyone immediately jumping to pregnancy?"

It's not the first time the star has had had to deal with this level of speculation, or explain herself for not having a completely flat stomach.

In 2020, Kourtney shut down a commentator who asked if she was pregnant, saying: “This is me when I have a few extra pounds on, and I actually love it. I have given birth three amazing times and this is the shape of my body.”

And on a Poosh Instagram Live chat around the same time, Kourtney addressed some speculative comments she had been receiving on Instagram. “So many of the comments were like, ‘Are you pregnant? Baby No. 4?’ … I could’ve taken that offensively … but I know that I didn’t look pregnant. I know what my body looks like when I’m pregnant. I’ve been pregnant three times. It’s very feminine to have curves and I embrace my body, so I didn’t take it offensively."

Clearly, this is something she repeatedly has to deal with. And she's just one on a long list of female celebrities who have to deal with the same.

I know it's exciting when a celebrity gets pregnant and we get to follow the journey with them. And maybe Kourtney is pregnant, or maybe she is bloated (a side effect of IVF, btw).  But it's important to remember that even if someone has been vocal about their hopes of getting pregnant - whether they're in the public eye or not - it doesn't give you the right to make comments about their body. It can still be really hurtful and it's not okay. So let's stop assuming.

popular
Irish girls name was the most used Irish name in the United States last year
Ikenna called out by Laura Whitmore after calling Love Island experience a "holiday"
Met Éireann issues Status Yellow rain warnings for five counties
Love Island fans want Ekin-Su's family to get a reality show following Aftersun appearance
Vicky Phelan "holding her own" as she shares health update
Aer Lingus apologises for multiple cancelled flights to and from Dublin Airport
Woman saved from hostage situation after leaving note on food delivery order
You may also like
3 days ago
Outrage as woman says doctor told her to "be quiet" during labour
1 week ago
"I don't care": TikToker responds to vaping while pregnant backlash
1 week ago
Woman dies in Limerick following home birth
4 weeks ago
Pregnant bride goes into labour on her wedding day four weeks early
2 months ago
Caitríona Perry confirms she's expecting her second child
2 months ago
Charlotte Crosby is pregnant with her first child
Next Page