Everything we know so far about Kourtney and Travis's Italian wedding

Kourtney Kardashian and Travis Barker are getting ready for their third (kind of) wedding on Sunday in Italy and as they prepare to say their vows, we have all you need to know.

For the official ceremony, the couple's closest friends and family have jetted over to Italy for what will no doubt be a romantic ceremony.

Last week, the couple tied the knot at a courthouse in Santa Barbara only a month after they had a "practice wedding” in Las Vegas.

With it only being a legal ceremony, the two exchanged their vows with only close friends and family there, including Kourtney's grandmother MJ and Travis’ father Randy. 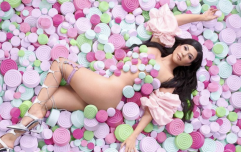 Why we need to challenge the term 'clean-eating'

END_OF_DOCUMENT_TOKEN_TO_BE_REPLACED

TMZ reported that the pair drove away in a vintage black controvertible with a sign that said “Just Married” hanging from the car.

On Sunday, the two are set to do it all again at Castello Brown in Portofino and according to MailOnline, the wedding is taking place on a secluded terrace in the castle. 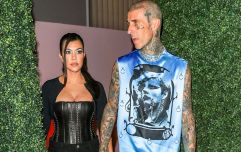 END_OF_DOCUMENT_TOKEN_TO_BE_REPLACED

Staff at the castle are keeping very quiet about the whole thing but according to insiders, the castle has been sealed off since Wednesday as Kourtney and Travis have hired it out for a week.

There are also a lot of security cameras around to make sure it stays as secluded as possible, but we can only assume their The Kardashians crew will be there to document the whole event. 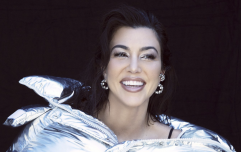 END_OF_DOCUMENT_TOKEN_TO_BE_REPLACED

While TMZ has reported that Scott Disick has not been invited, his and Kourtney's three children Mason, Penelope and Reign all have major roles in the ceremony.

Of course, the whole Kardashian-Jenner clan will also be in attendance alongside Travis's children Landon, Atiana and Alabama as well as his Blink-182 bandmates.

The couple are said to be staying on the 213ft superyacht Regina D’Italia, and we expected nothing less from them.

Meanwhile, this is Travis' third marriage - the musician has been through two divorces in the past.

popular
Hilary Swank, 48, reveals she is pregnant, expecting twins
Davide Sanclimenti opens up on having kids with Ekin-Su Cülcüloğlu as he turns down Dancing On Ice
So apparently George and Mollie from Love Island aren't actually step siblings
Lush to open its biggest Irish store this winter
Angelina Jolie accuses ex-husband Brad Pitt of abuse
People are being warned not to dress as Jeffrey Dahmer for Halloween
Joanne McNally is set to be on tomorrow's Late Late Show
You may also like
4 weeks ago
Kourtney Kardashian is the latest celeb ambassador for Boohoo
1 month ago
WATCH: The trailer for season 2 of The Kardashians has dropped
3 months ago
Celebrities shouldn't have to deny pregnancy rumours to us
3 months ago
Kourtney Kardashian criticises reality show for portraying her 'toxic' relationship
4 months ago
Doctors urge women not to follow Kourtney Kardashian's 'semen' fertility advice
4 months ago
Kourtney and Travis' wedding cost a lot of money, unsurprisingly
Next Page