Can you guess who?

Kevin Hart has roasted his fair share of celebs - and he has roasted them good. From hosting Comedy Central's epic "Roast of Justin Bieber", to Jimmy Fallon to practically every celeb nominated for a VMA at this year's MTV Video Music Awards.

You name them, Kevin has roasted them.

And now, the 39-year-old has revealed the Irish celeb he'd like to roast. Speaking to us exclusively ahead of the release of his new film "Night School", Kevin spilt the details on the Irish celebrity who could soon be his next victim.

"I would go with Pierce [Brosnan], you know why? You only see Pierce one way and that's perfect. It's like a very polished version of a man so, to pick and poke, that'd be fun" the star revealed.

Can you imagine Kevin roasting Pierce?

This is something we'd pay to see.

And when asked what it'd be like to roast Irish man, Conor McGregor, Kevin revealed that he believes the MMA star would "eat it up". However, he continued to admit that he's a big fan of the professional fighter and believes he's a great icon for Ireland.

"He's a great person [McGregor], a person that wears that Ireland pride very well - he's very proud of where he's come from and he doesn't hide it at all and I think that's an amazing thing for anybody," he added. 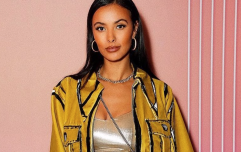 END_OF_DOCUMENT_TOKEN_TO_BE_REPLACED

Kevin Hart stars in Night School alongside Tiffany Haddish, the pair who've been friends for years described staring in this movie together as an incredible opportunity to not "just work with someone you respect but someone you admire" - we're crying.

We adore these two on-screen together!

You can check out our full interview with Kevin Hart and Tiffany Haddish here plus, find out the other celebrities they'd love to roast... they're not ones we were expecting either.

popular
The Body on The Cube has finally been unmasked after 11 years
Boyzone's Keith Duffy set to for the next I'm a Celeb Get Me Out of Here
"80% of my body was covered:" LeAnn Rimes on life-long Psoriasis battle
5 Halloween cocktail recipes that taste good, but are terrifying
Bake Off's Noel Fielding welcomes second child, names her 'Iggy'
Little Mix's Perrie Edwards tears base of spine in horrific injury
Apparently, the film 'Rudolph the Red-Nosed Reindeer' encourages bullying
You may also like
2 days ago
#SPON: There's an Irish found footage horror movie going live on Instagram Stories tonight
1 week ago
Line Of Duty cast join Celebrity Gogglebox for Stand Up To Cancer
1 week ago
Daisy Edgar Jones set to star in Where The Crawdads Sing adaptation
1 week ago
Why Women Kill: New dark comedy starts tonight on TG4
1 week ago
Legally Blonde cast are reuniting tonight for the first time in 20 years and we can all watch!
2 weeks ago
QUIZ: Can you guess the TV show from its opening scene?
Next Page