While most podcast listeners might automatically assume they're either all to do with cold case murder mysteries or comedians chatting to their mates, there is actually a fantastic genre of podcasts dedicated to fictional storytelling.

That is how the hit Julia Roberts-starring show Homecoming got its start and while the pandemic has made it difficult to get people on set for movies and TV shows, it was actually a great time to get these kinds of stories developed and made for podcasting. 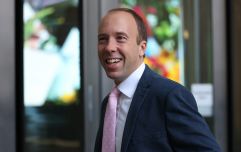 END_OF_DOCUMENT_TOKEN_TO_BE_REPLACED

The folks behind new podcast series Black Alley did exactly that, amassing a very impressive cast list of Irish talent to tell a group of four inter-connected crime stories.

The first one set to arrive on Spotify, iTunes, and other streaming platforms on Tuesday, 1 June, while the rest of the episodes will then arrive fortnightly after that, before the finale on Tuesday, 13 July.

Ahead of the podcast's arrival, Larney has shared the track 'Black To The Bed', performed by Paul Mescal, which will feature in his episode of Black Alley. 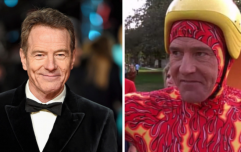 END_OF_DOCUMENT_TOKEN_TO_BE_REPLACED

Mescal's episode, titled 'Thunder', will arrive on Tuesday, 15 June, and is described by Larney as follows:

"It’s a cold and stormy night. One by one, a gang of robbers arrive back at their den. When their chief arrives, he explains that he’s hidden the score. He’ll take them out individually to give them their cut. Which means most of them will have to wait. Stories are told, songs are sung. But this gang is more than a bit impatient. Because there’s more than one plan afoot. How do you avoid being bitten in a pit full of snakes?"

More details on the podcast can be found here.

Check out Mescal's song right here, which comes via Joe:

popular
Bride asks for divorce day after wedding following groom's disrespectful cake stunt
Tributes paid following tragic death of Emma Pattison and her family
Head of dive squad searching for Nicola Bulley thinks 'something's not right'
Katherine Ryan labels Leonardo DiCaprio's dating life 'creepy'
Has the Call Her Daddy podcast just pulled the best marketing stunt of all time?
Rosanna Davison issues warning to parents after health scare with Sophia
Yet another former Islander has hinted at their return for Casa Amor
You may also like
1 week ago
BBC apologises after calling Paul Mescal 'British' in Oscar coverage
2 weeks ago
Yes - a Ghost remake is officially happening and Channing Tatum is involved
1 month ago
Glass Onion is now Netflix's third most-watched film
3 months ago
New Netflix feature is perfect if you no longer want to share an account with an ex
3 months ago
New Netflix true crime documentary focuses on a decades-long missing persons case
3 months ago
Netflix announces launch date for new ad-supported subscription plan
Next Page