So, what is the truth?

Last week, Kim Kardashian divided fans by wearing a dress that was originally worn by Marilyn Monroe to the Met Gala.

The reality star stepped into the gown, which Monroe wore while serenading President John F. Kennedy on his birthday in Madison Square Garden 60 years ago. 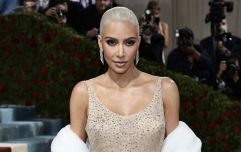 END_OF_DOCUMENT_TOKEN_TO_BE_REPLACED

Kim said that she chose to honour Marilyn Monroe on the Met Gala, as the theme of the evening was Gilded Glamour, and she wanted to wear "the most American thing" she could think of.

Later in the evening, Kim slipped into a Norman Norell dress, which Marilyn wore to the Golden Globes in 1962. Additionally, Ripley's Believe it Or Not, who legally these Monroe gowns, gifted the reality star a lock of hair belonging to the legendary actress.

Ripley's claim that the hair was cut by her hairstylist Robert Champion prior to her iconic performance at Madison Square Garden.

A week later, however, a Marilyn Monroe expert has claimed that the hair given to Kardashian must have been fake.

Scott Fortner, of the Marilyn Monroe Collection, took to Instagram to share his doubts regarding the claims.

A post shared by The Marilyn Monroe Collection (@marilynmonroecollection) 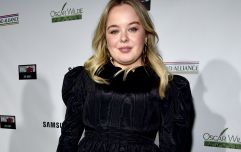 END_OF_DOCUMENT_TOKEN_TO_BE_REPLACED

Mr Fortner continued: "Robert Champion did not cut and style Marilyn’s hair for the JFK gala. It was actually the one and only 'Mr. Kenneth' (Kenneth Battelle) who had the honors.

"Battelle is responsible for Marilyn’s famous hairstyle from that night, as documented by a receipt from Lilly Dache Beauty Salon (see photo). The receipt, dated May 25, 1962 list a 'Hair Dress' and references May 18 and 19, 1962.

"May 19th was the date of the Kennedy gala. The bottom the receipt reads, 'Kenneth Services at home Fri + Saturday.' Marilyn paid $150.00 for the service."

A post shared by Ripley's Believe It or Not! (@ripleysbelieveitornot)

Ripley's, for their part, have denied Mr Fortner's claims, and, in a statement given to Metro, they said: "Ripley’s exhibit collection contains six different samples of Marilyn Monroe’s hair — all authenticated and truly Marilyn’s.

"The hair gifted to Kim was given by Marilyn Monroe to Robert Champion. This clipping was authenticated by John Reznikoff, one of the most respected and trusted experts in the field of hair collecting."

popular
Claire Byrne Live viewers in shock as woman shares family DNA secret
Gardaí launch investigation into Kildare car being hijacked with woman inside
Gogglebox fans show an outpour of support for star after hospital picture
Viewers in bits over emotional Derry Girls finale special
Reverse ombre - the funky two-toned hairstyle we're dying to try this summer
A Derry Girls star made an appearance in Conversations with Friends last night
2 children hospitalised amid US baby formula shortage
You may also like
1 week ago
An Irish man was involved in the sale of Marilyn Monroe's iconic dress
3 weeks ago
Kim Kardashian explains why she photoshopped her niece in Disneyland photos
1 month ago
EXCLUSIVE: The Kardashians speak to Her ahead of their new show debut
2 months ago
Kanye West has finally been suspended from Instagram
2 months ago
Kim Kardashian perpetuates another unattainable beauty standard as she photoshops carpet on floor
2 months ago
WATCH: The full trailer for The Kardashians is here and there is a lot to unpack
Next Page