Yes, if you haven't noticed we're completely obsessed with all things Selling Sunset, but this speculation might just be the best one yet.

We love Selling Sunset, we love Zac Efron, so you can only imagine our excitement when those two worlds collided in a very unexpected way. 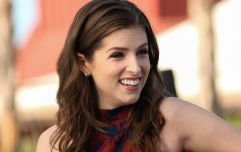 END_OF_DOCUMENT_TOKEN_TO_BE_REPLACED

A picture of Selling Sunset star Amanza Smith posing beside the actor has gone viral and of course, it sparked rumours that the pair are very much a thing.

The picture was taken at a UFC event and shared by Tarek El Moussa on Instagram, or who you might know a little better as Heather’s husband.

Alongside the could be couple is Mary Fitzgerald, with sports announcer Bruce Buffer. 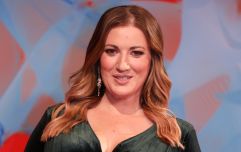 END_OF_DOCUMENT_TOKEN_TO_BE_REPLACED

Naturally, fans were quick to head to the comments to ask the one question that's on all our minds, are Amanza and Zac Efron really dating?

A second follower shared: “OMG it looked like Amanza was dating zfron I was going to dieeee what a small world.” 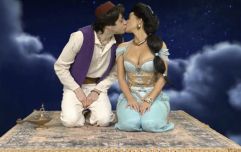 END_OF_DOCUMENT_TOKEN_TO_BE_REPLACED

Someone else said: “The jealousy I have that you guys got to hang out with @zacefron.”

While they looked to be getting cosy in the picture, a source has shut down all of our assumptions, telling TMZ that the pair are definitely not an item.

The source said that Amanza and Zac are "not a couple" and there's "nothing going on" between the pair, adding that the two just happened to be at the same event and Zac "popped in for a quick group photo."

The publication also said that Amanza is currently dating an unnamed NFL player.

popular
Traditional names such as Mary, Maureen, John and Michael may soon be extinct
The 2 Johnnies share unbelievable catfish ordeal as woman 'targets 40 people'
Kylie Jenner fans are convinced she just announced her son's name
Daughter of teacher killed in Texas school shooting pays tribute
Toddler drowns in swimming pool while on holidays in Costa Blanca
This is how much Kourtney and Travis' wedding cost
Kevin Spacey charged with four counts of sexual assault against three men
You may also like
14 hours ago
Is a Love Island All Star season in the works?
1 day ago
First Dates Ireland is officially looking for new singletons to join the show
2 days ago
What are 'pink flags' - and are they dealbreakers?
1 month ago
Fast-forwarding: Should we be upfront when it comes to dating?
1 month ago
Ditching the Dutch courage: Is dry-dating the way forward?
2 months ago
What the hell is a dopplebanger?
Next Page