We finally know the identity of baby Archie Harrison's godparents

We now know at least three of baby Archie's godparents.

When Archie Harrison was born, his parents, Meghan Markle and Prince Harry were determined to keep him away from the limelight and raise him with as much privacy as possible.

Although the royal family traditionally release details of the baby's godparents and what hospital the child was born in etc, the couple decided against this and even then, it was clear that they wanted a different way of life.

At the time, it was reported that Harry's close friend, Charlie van Straubenzee, was one of the godparents and now it's been suggested that two of the remaining godparents are people who have been very close to the prince throughout his life.

According to The Sunday Times, one of Archie's godmothers is Tiggy Pettifer (Legge-Bourke), who was a nanny to both Prince Willian and Prince Harry when they were children.

In addition to Charlie, Mark Dyer is believed to be another godfather to Archie.

Mark held the position of equerry, an officer of honour, for Prince Charles and throughout his time working for the royal family, he became close to both William and Harry. 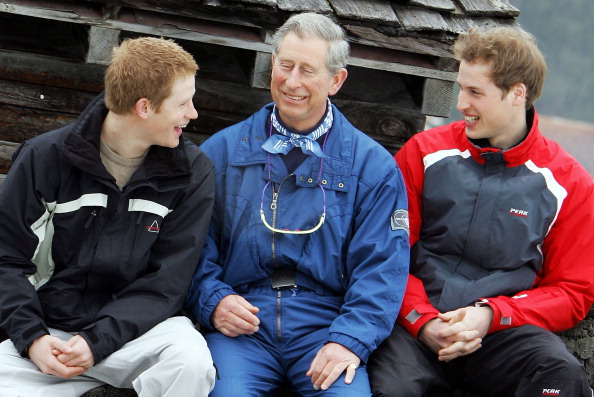 END_OF_DOCUMENT_TOKEN_TO_BE_REPLACED

The other names of Archie's godparents are not known although it's thought he could have up to six/seven godparents, similar to Prince George, Princess Charlotte and Prince Louis.

It's been a complicated time for the Sussex family as they plan to progress with their new way of life this spring.

Speaking at an event for Sentebale last night, a charity which he is a patron of, Prince Harry said he was left with no other choice but to step down from the royal family.

"The UK is my home and a place that I love. That will never change (...) Once Meghan and I were married, we were excited, we were hopeful, and we were here to serve.

"For those reasons, it brings me great sadness that it has come to this."

popular
5 new additions to Netflix to spend your Saturday night watching
These €40 Lost Stock fashion boxes are helping support factory workers in Bangladesh
Will Smith admits to 'failing miserably' in 21-year marriage to Jada Pinkett Smith
5 reasons why Limerick is an ideal staycation destination this summer
Someone has ranked the penis size of men from all over the world
QUIZ: How well do you remember the 2005 movie Pride & Prejudice
Netflix’s The Claudia Kishi Club is the documentary you need to watch this weekend
You may also like
1 month ago
The 'romantic' gifts Meghan Markle and Prince Harry exchanged for their second wedding anniversary
2 months ago
If this video of Meghan reading to baby Archie doesn't cheer you up, you're clearly dead inside
2 months ago
Prince Harry and Meghan Markle volunteer to deliver meals to vulnerable in LA
2 months ago
Harry and Meghan say they will 'not be engaging' with UK tabloid press anymore
3 months ago
Meghan Markle's favourite mascara is one of the all-time beauty greats
3 months ago
Meghan Markle and Prince Harry have revealed the name of their new non-profit organisation
Next Page