"What a force you were": Tributes paid to Glee actor Naya Rivera

"I'm so sorry but you deserved more."

Tributes are being paid across Hollywood and beyond following the tragic passing of Naya Rivera.

The former Glee star, actor, and singer was reported missing last week while boating with her four-year-old son in Southern California.

Her remains were recovered yesterday.

Rivera, who was best known for her role as Santana on the hit musical series, is remembered today by her cast mates, friends, and family, many of whom have taken to social media to pay their respects.

Rest sweet, Naya. What a force you were. Love and peace to your family.

Now more than ever we must lift her family and friends up especially Josey! My heart is sent to them... Josey you are truly loved by every single person who loves your mommy! I love you Naya!

My Naya, my Snixxx, my Bee. I legitimately can not imagine this world without you. pic.twitter.com/qX9t1Uhx01

RIP Naya Rivera. I’ll forever cherish the opportunity to play your girlfriend on Glee. The character you played was groundbreaking for tons of closeted (at the time) queer girls like me, and your ambition and accomplishments were inspiring to Latina women all over the world. pic.twitter.com/oCML03M9Kw 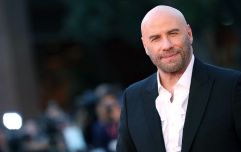 END_OF_DOCUMENT_TOKEN_TO_BE_REPLACED

Yesterday, some of the cast of Glee met at Lake Piru before the identity of the remains were confirmed to be Rivera's.

They held hands at the lake's edge while awaiting confirmation of their cast mate and friend's passing.

"Sheriff Ayub has confirmed the body recovered at Lake Piru today was Naya Rivera," they said.

"Our hearts go out to her family, friends and fans during this difficult time. An autopsy will be performed to determine the cause of her death."

popular
Little Mix's Perrie Edwards tears base of spine in horrific injury
The Body on The Cube has finally been unmasked after 11 years
Reindeer ornament includes penis, people excited by this
Gardaí issue appeal following deaths of mother and two children in Dublin
Matthew McConaughey has been swooning over his wife again, and same
Bake Off's Noel Fielding welcomes second child, names her 'Iggy'
"He was only in his 40s:" Laura Whitmore reveals cousin passed away from Covid-19
You may also like
6 hours ago
Gardaí issue appeal following deaths of mother and two children in Dublin
2 days ago
Bodies of two children and an adult discovered in Dublin
4 days ago
Emmerdale and Corrie actor Johnny Leeze dies following positive Covid test
1 week ago
Government vote to seal mother and baby home records for the next 30 years
1 week ago
Woman in court in connection with the identifying of boy found guilty of Ana Kriégel on social media
1 week ago
Gardaí investigating after body of woman and infant boy found in Dublin
Next Page