He featured in a number of soaps during his career.

The actor died on Monday after a short illness, it has been confirmed.

He starred as Russell in British sitcom Butterflies from 1978 to 1983, before appearing as Marc Selby in Coronation Street in 2011. He also featured in Eastenders, Brookside, Hollyoaks and Casualty during his career.

His son Josh Hall said: "Andrew began his acting career playing the character of Russell in the BBC series Butterflies.

"He then worked extensively as an actor on both stage and screen, including a period at the RSC and a run as Bill in the West End production of Mamma Mia! 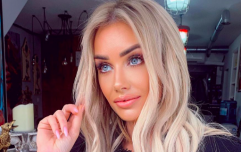 END_OF_DOCUMENT_TOKEN_TO_BE_REPLACED

"Later he worked as a director and producer, enjoying successes with productions including Edward Albee's Who's Afraid Of Virginia Woolf? at the Trafalgar, and Kindertransport, which toured the UK.

"Most recently he appeared as The Gentleman in the SyFy series Blood Drive."

He is survived by his wife Abigail, his mother Mabel, his children Kate and Josh, and his grandchildren Jasper and Maggie.


popular
Netflix have announced the release date for the new series written by Downton Abbey creator Julian Fellowes
Ariana Grande just dropped a breakup song about Pete Davidson AND Mac Miller
Holly Willoughby wore the most divine polka dot mini dress last night, and we need it
Brad Pitt JUST responded to speculation about his relationship with Jennifer Aniston
Kathryn Thomas' Instagram post is the underwear photo we needed to see right now
The €25 New look jumper that would be a cosy dream on cold mornings
Love is dead... Shakira and her husband Gerard have reportedly split
You may also like
17 hours ago
People who were in close contact with Belfast Coronavirus patient have been contacted
2 days ago
Netflix have released the harrowing true crime documentary series The Trials of Gabriel Fernandez
2 days ago
Coronation Street's Geoff and Yasmeen storyline sparks more than 100 Ofcom complaints
3 days ago
Singer Duffy has said she was drugged and raped after being held captive
4 days ago
WATCH: Beyoncé performs at Kobe and Gianna Bryant's memorial at the Staples Center
4 days ago
Harvey Weinstein found guilty of criminal sexual act in the first degree and rape in the third degree
Next Page