She has been forced to respond to online trolls.

The reality star was subsequently attacked by people online after she posted a photo of her holding her newborn child. In the picture, Hannah was in the hospital bed and had her hair and makeup done.

One person commented on the picture: "Imagine putting on your make up and doing your hair after having pushed out a baby instead of cuddling it," while another added, "who looks like that after having a baby?"

However, now Hannah has fought back, defending herself for posting the photo. 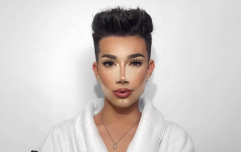 END_OF_DOCUMENT_TOKEN_TO_BE_REPLACED

"Yes haters I did have makeup on after giving birth. Actually I had had a curly blow, pins curls, the lot. I wasn't gonna meet my son for the first time and best day of my life rough was I?”

"I had a C-section so birth was planned, chilled and AMAZING.”

She later added: "Because apparently u shouldn’t take time from your baby to ‘cake makeup on’ so when the nurse says to get up n go for a shower freshen up your meant to just lie in the bed sweating?"

She also wrote on her Instagram Story that she isn't going to change who she is just because she became a mother.


popular
The €30 Penneys jumpsuit that could pass for a designer piece is in stores now... RUN!
Penneys is selling the cosiest grey jumper for just €12, and we need it
The €55 M&S midi skirt that will give your wardrobe an instant refresh for spring
Say hello to the €45 ASOS dress you're going to want in your wardrobe for spring
Sorry, can we talk about Kate Middleton's €10 leopard-print skirt for a minute?!
Angelina Jolie 'doesn't care' about Brad and Jen's reunion - and unfortunately, she's the only one
The FAB €26 Zara top that's trending on Instagram comes in the most divine spring shade
You may also like
3 weeks ago
Here is some gorgeous New Year's Eve makeup inspiration for you fabulous ladies
4 weeks ago
10 gorgeous and easy makeup looks that are perfect for Christmas Day
1 month ago
How to get your skin party ready, according to a skincare expert at La Mer
1 month ago
The world's first museum dedicated to MAKEUP is opening in 2020, and wow
1 month ago
Party season ready: 7 great beauty buys that'll get your glow on this Christmas
1 month ago
BPerfect's latest eyeshadow palette has serious pigment and won't break the bank
Next Page