"I’d love to do five but I’d also like to be six-foot-five and have abs."

Garth Brooks has moved to play down the long-mooted prospect of five shows at Croke Park in 2022, saying that he doesn't think he will shift the same amount of tickets this time around.

Speaking before an assembly of reporters at the venue in question on Monday morning, an often emotional Brooks insisted that he's happy to get any opportunity at all to finally play in Ireland again. 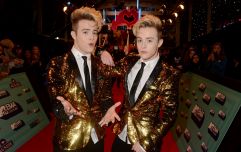 END_OF_DOCUMENT_TOKEN_TO_BE_REPLACED

Two concerts have been officially confirmed for Croke Park on 9 and 10 September, 2022. Tickets for those go on sale this Thursday (25 November) at 8am.

They will be the only European gigs that Brooks will play next year.

Asked about the expectation that he will, in fact, play five nights in total, Brooks played the humble showman, saying that he doesn't anticipate the "miracle" of shifting 400,000 tickets in 2014 will happen twice.

Garth Brooks is happy enough with two confirmed shows for Croke Park next year - and so are we 🤠 pic.twitter.com/5lMxKeY7fd 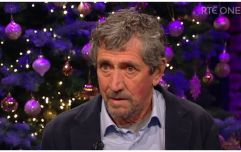 END_OF_DOCUMENT_TOKEN_TO_BE_REPLACED

"I’d love to do five but I’d also like to be six foot five and have abs," he joked.

“What happened in 2014 was a fricking miracle – there’s no way we’re going to do that number again. I can’t see us doing five – would I love it to happen? Yes. But I think it’s impossible."

His voice breaking at times, the country music superstar described the events of 2014 as like "a death in the family" but chose to focus on the positive.

"I stand out like a sore thumb here, so how come I feel like I'm home here?"

Garth Brooks is only delighted to be back on Irish soil 🇮🇪 pic.twitter.com/qiOdBykhFm

Asked if "all is forgiven" following the heartbreak of his previous attempt to play here, Brooks cut a humble figure.

"It’s not mine to forgive, I don’t hold anything [against] anybody – the fact is if you get to play Ireland, you’re a lucky sonofabitch – I don’t hold a grudge against anybody."

popular
This Netflix Christmas film is being dubbed the perfect rom-com
Shops could be required by law to take cash payments under new bank rules
Only watch this new Netflix film if you want to bawl your eyes out
Nicola Coughlan lands "lifelong dream" role as she gets cast in Oliver Twist
Here's how you can watch all the Harry Potter movies on TV this Christmas
Stevie Nicks leads tributes following the death of Christine McVie
Why Are Men so Obsessed With Boobs? The Answer is Pretty Surprising...
You may also like
6 days ago
US fast food chain Wendy's planning to open in Ireland
1 week ago
Employment lawyer and TikTok sensation Richard Grogan has passed away
2 weeks ago
Calls to remove 'inhumane' 12-week limit on abortion services in Ireland
2 weeks ago
Status Yellow warning issued with heavy rain and wind on the way
2 weeks ago
"Extraordinary courage and integrity" – Micheál Martin leads tributes to Vicky Phelan
3 weeks ago
Ireland named as one of the winners at world travel ceremony
Next Page