Gogglebox fan favourite Pete Sandiford has given us a first look at his wedding pictures after marrying his wife Paige earlier this year.

Referring to her as his "best mate", the couple has had quite the year, with a wedding and the birth of their first child Jimmy, but the wedding has been kept top secret up until now. 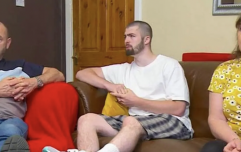 END_OF_DOCUMENT_TOKEN_TO_BE_REPLACED

The Blackpool local shared the adorable picture of the couple on their big day, with the pair walking along the seaside as they looked longingly into each other's eyes

Tagging Paige in the post, along with their wedding photographer, Pete wrote: "Happy 6 month wedding anniversary to my best mate, wife and the best mummy in the world @paigesandiford_." 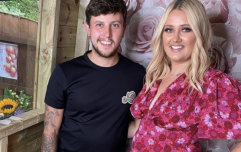 END_OF_DOCUMENT_TOKEN_TO_BE_REPLACED

Speaking about married life, Pete told Ok! Magazine: "I’m married now! It was nerve-wracking but the best day of my life. Well, second best day as I’m a dad now, too. 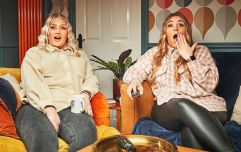 END_OF_DOCUMENT_TOKEN_TO_BE_REPLACED

Explaining how being a new dad is tiring but worth it, he added: "He’s basically a miniature version of me and Paige and that’s what I always wanted so I feel well lucky."

And we wouldn't have even known Pete was engaged had his sister not let it slip on the show, asking: "Do you feel any different now that you’ve got engaged?", to which Pete replied: "Yeah, I think, I feel like an even bigger responsibility I don’t know why. I’m going to have a wife."