What a fine head of hair.

Yvonne Strahovski has welcomed her second child, another son, with husband Tim Loden.

The Handmaid's Tale star took to Instagram on Thursday to announce the new arrival had joined their family in the past week.

"An angel joined our world this past week ❤️," Strahovski wrote. "Welcome to the family my love ❤️ I love you so very much ❤️ #mamaoftwo #❤️."

The actress revealed she was expecting by debuting her baby bump on the red carpet in June at the premiere of her movie, the Tomorrow War. She told Entertainment Tonight that she and her husband were having a boy at the event.

END_OF_DOCUMENT_TOKEN_TO_BE_REPLACED

The couple are also parents to three-year-old William.

Yvonne, who plays the villainous Serena Joy in the hit Hulu series, previously spoke to Glamour UK about returning to work to film the Handmaid's Tale after the birth of her first child back in October 2018.

END_OF_DOCUMENT_TOKEN_TO_BE_REPLACED

"It was definitely one of the hardest and most challenging moments ever in my entire career," she said. "Coming back to work with a newborn and all the sleep deprivation that comes with that, plus I was breastfeeding...

"I was running in between set and my trailer, breastfeeding on demand and doing scene work. It was crazy being all 'miserable Serena' and then coming in and having so much joy looking at my baby, and then going back into the scene and then coming back again and breastfeeding and being happy," she added.

Serena has by-and-large indeed been "miserable" on the show due to her fertility struggles, cheating husband, and her role in the religious fundamentalist society that the dystopian show takes place in.

But season four dropped a huge bombshell in revealing Serena, who was in Canadian custody, was expecting her own biological child after years of subjecting handmaids to rape in the hope that they would conceive and carry a baby on her behalf. 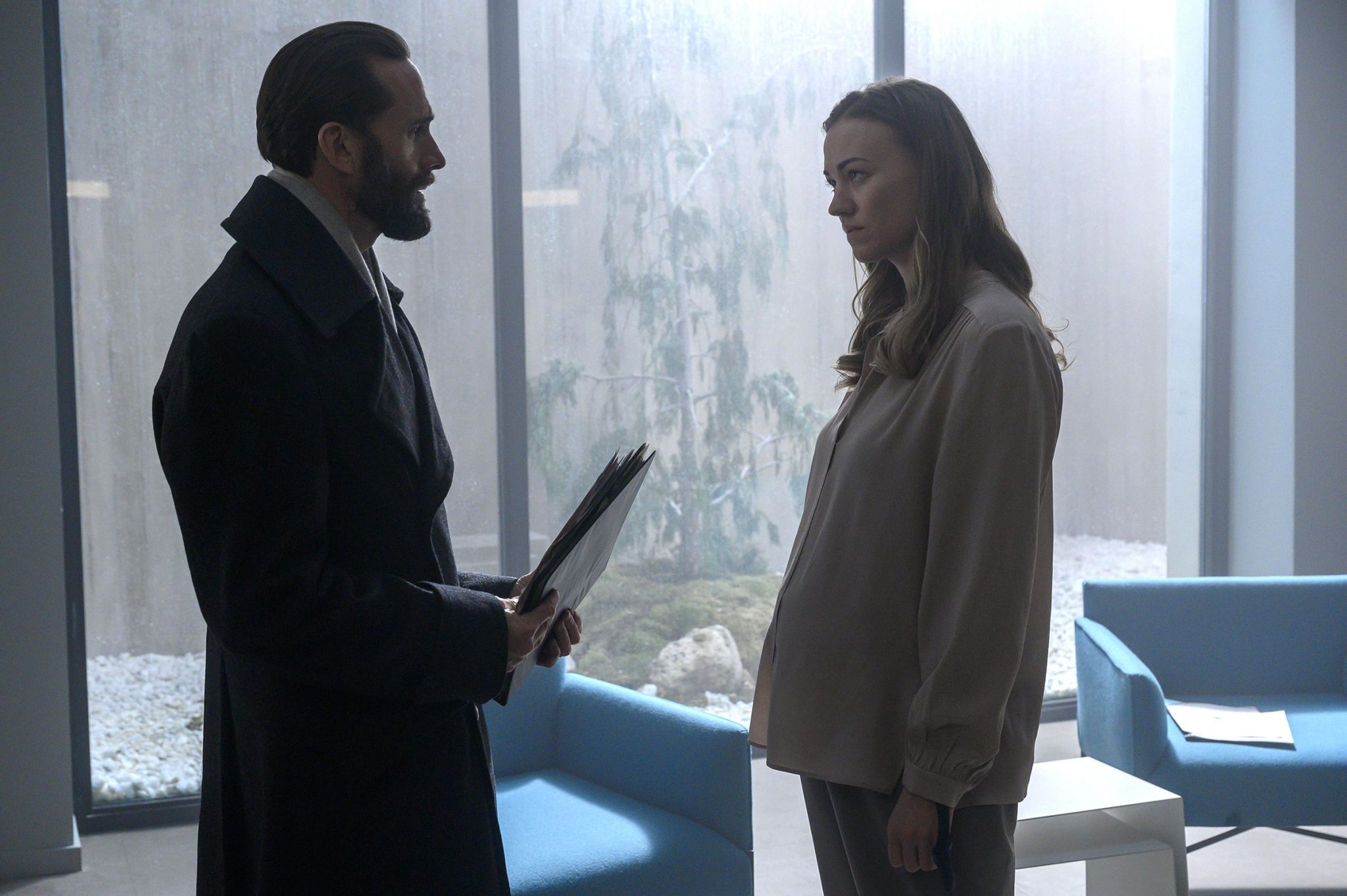 "That is a huge moment for my character. It’s sort of this thing that she’s obviously always wanted her whole life," Yvonne said back in April.

"We are going to watch her negotiate that in detention, and see what transpires."

popular
Irishwoman killed in Texas after horror car chase crash
Claire Byrne Live viewers in shock as woman shares family DNA secret
Man behind Marilyn Monroe dress says letting Kim Kardashian wear it was a "big mistake"
Christine Quinn confirms if she'll be on the next season of Selling Sunset
Gogglebox fans show an outpour of support for star after hospital picture
Sex educator Jenny Keane is back to answer more of your sex and pleasure questions
Fans swear these Aldi buys are EXACT dupes of some very high-end beauty products
You may also like
2 weeks ago
James Bond actor Kenneth Tsang 'dies in quarantine hotel', aged 87
3 weeks ago
Priyanka Chopra and Nick Jonas name their baby girl, Malti
1 month ago
Channing Tatum was in Wexford over the weekend
1 month ago
Brooklyn Beckham and Nicola Peltz take each other's last names at Florida nuptials
1 month ago
The first photos from Brooklyn Beckham and Nicola Peltz' wedding are here
1 month ago
Love Island's Kaz receives "hate messages" after Ashley Cain dating rumours
Next Page