"They didn’t see it coming and spoke as they still had roles to play."

Prince Harry and Meghan Markle may have to re-edited their big interview with Oprah Winfrey.

It was announced by Buckingham Palace on Friday that both Meghan and Harry have officially quit the Royal Family, meaning that the Duke will lose his military titles.

END_OF_DOCUMENT_TOKEN_TO_BE_REPLACED

A source has since said that the interview has now been "significantly" edited."

They told The Mirror: "When the Duke and Duchess spoke to Oprah, it was never envisaged they would have their patronages taken away. They didn’t see it coming and spoke as they still had roles to play."

Aside from this, there is also a chance that the couple may have to reshoot parts of the interview, because none of this news was discussed. “Now, however, other than their titles, they are to have no role in royal life - a point producers know was not discussed when Winfrey spoke to them," said the source. 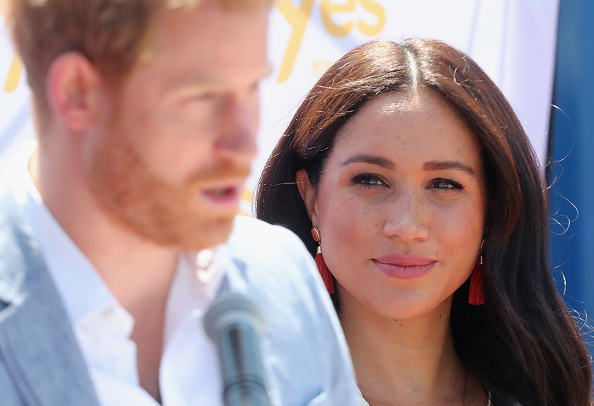 "Neither the Sussexes nor the TV crew saw the fallout of their interview leading to this. Harry and Meghan thought they would retain their roles. But things have significantly changed for them since they eagerly sat for Winfrey and poured their hearts out.

“The fact she has been with them at such an intense time has given her a unique insight into the rift with the royals. The drama of last week means that Oprah’s tell-all show will be pure box office gold. But it’s time for other royals to hide behind the sofa. The interview took place on Wednesday and Thursday.”

Meghan and Harry made headlines all over the world last year when they announced they were quitting the royal family, and wanted to become financially independent.

END_OF_DOCUMENT_TOKEN_TO_BE_REPLACED

The pair have since moved to the US and signed multiple lucrative deals including a podcast with Spotify that's reported to be worth £30m. They've also signed a rumoured $112 million deal with Netflix.

The couple's interview will air in the US on March 7.

popular
Taxi driver who dropped missing woman Bernadette Connolly off comes forward
Ashling Murphy's funeral to take place today
The massive Penneys in Dundrum is relocating - and getting even bigger
Concerts and pub restrictions are expected to be lifted this week
Gardaí are planning to make an arrest in Ashling Murphy murder case
Una Healy "having fun" dating Garda love interest
Fans convinced Love Island's Chloe inspired new Kanye track
You may also like
3 weeks ago
Meghan Markle may have to testify in Prince Andrew sex case
1 month ago
WATCH: Meghan Markle takes part in hidden camera prank on Ellen
2 months ago
Meghan Markle says Royals were "constantly berating" Harry over her relationship with her father
2 months ago
Prince Harry says 'Megxit' is a misogynistic term created by a troll
3 months ago
Meghan Markle's latest look has Princess Diana written all over it
4 months ago
Piers Morgan wins Ofcom complaint over Meghan Markle comments
Next Page