Well, this is slightly confusing.

Lady Gabriella Windsor, cousin of Prince Harry and William, is marrying Thomas Kingston and he just so happens to be Pippa Middleton's ex-boyfriend.

The news was announced by Buckingham Palace this morning and Rebecca English, royal correspondent for the Daily Mail, tweeted the news soon after.

BP: Prince and Princess Michael of Kent are delighted to announce the engagement of their daughter Lady Gabriella Windsor to Mr Thomas Kingston.
The engagement took place in August; Mr Kingston proposed on the Isle of Sark.
The wedding will take place in spring of 2019.

END_OF_DOCUMENT_TOKEN_TO_BE_REPLACED

The engagement happened in August with Thomas proposing while they were on a trip to the Channel Islands.

Gabriella is Senior Director at Branding Latin America and she also writes, contributing to The London Magazine. Her fiancé Tom works in frontier market investment & is a Director of Devonport Capital.

Rebecca went on to explain that Tom and Pippa Middleton used to date and he and Gabriella attended the wedding of Pippa to James Matthews in May 2017, you can see them at said wedding below. 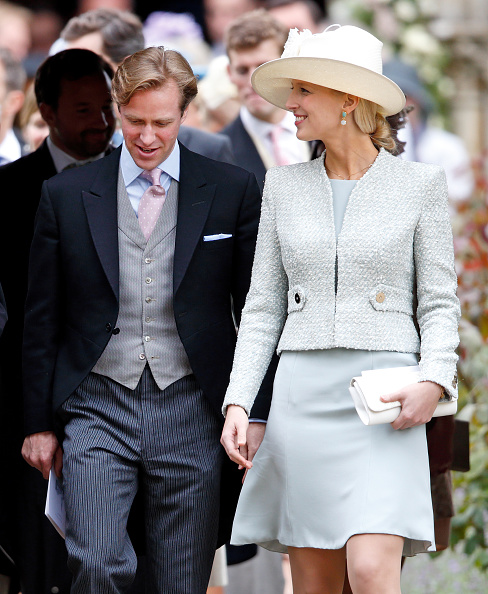 Gabriella is the daughter of Prince Michael of Kent, the Queen’s first cousin which makes her a distant relation to Harry and William.

Tom is an ex of Pippa Middleton, the Duchess of Cambridge's sister. She dated the Bristol graduate in 2011. Tom used to procure the release of hostages in Iraq before moving into the world of finance. He and Ella attended Pippa's wedding to James Matthews last year. Small world! https://t.co/Yg6blnO8zK