Okay so none of us are under the illusion that Zayn Malik hangs out with his former one Direction band mates, right?

Ever since he left the group, tensions have seems a bit high.

END_OF_DOCUMENT_TOKEN_TO_BE_REPLACED

We wouldn't call it a feud, but they don't seem to be the BFFs they once were is all.

However, there have been occasions where shots have been fired, and shade has been thrown.

This weekend being one of those occasions folks.

A big deal, if you didn't know that already.

During his opening monologue, Harry spoke about his time in the group which made him famous.

Harry Styles has launched his own unisex beauty brand

END_OF_DOCUMENT_TOKEN_TO_BE_REPLACED

Harry said he thought of the lads as his family, before teasing the audience about them being there on the show.

Anyone that knows the suss, knows that this was a dig.

Why? Basically, Ringo Starr famously left The Beatles in 1968, he quit the band for five months while they were recording their self-titled album.

So yeah, Zayn is the One Direction Ringo. 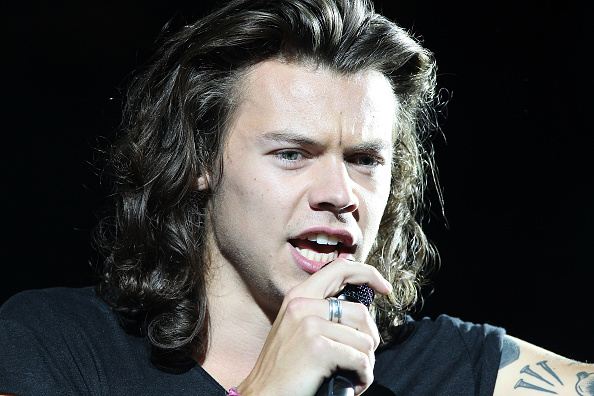 Proving a point that he was a serious musician Harry said: "I'm not in a boyband anymore. I'm in a man band."

Referring to One Direction, he smirked as the audience cheered: "How crazy would it be if they were here tonight?

"They're not though. But wouldn't it be crazy if they were...? But they're not."

And sadly, they weren't.

He added: "I'm so grateful Simon Cowell grew us in those test tubes."

popular
A documentary about two Irish boys who skipped school to go to New York is coming soon
Nick Jonas and Priyanka Chopra's baby said to have arrived 12 weeks premature
Ben Foden explains why he called Rachel Stevens "sexiest woman alive"
These are the top baby names for 2022
And Just Like That... episode 8: Nobody saw this one coming
Love Island's Amber Gill could be banned from Instagram over ad controversy
Special mass to be held for Urantsetseg Tserendorj's anniversary
You may also like
7 months ago
You can now go to a Harry Styles themed spa day in the UK
1 year ago
A definitive ranking of One Direction’s 10 best singles
1 year ago
RANKED: Top 10 One Direction songs of all time (controversial)
1 year ago
Liam Payne says One Direction are planning a special project to celebrate their 10th anniversary
2 years ago
Harry Styles apparently now making six times more than his One Direction bandmates
2 years ago
Liam Payne says One Direction might get back together in two years, maybe
Next Page