This is a real feel good story!

Katie Price's son Harvey has been offered the chance to be a train announcer following his appearance in the documentary Harvey and Me this week.

In the documentary Harvey talked abut his love for trains and also showed off his skills as a National Rail announcer in London saying: "May I have your attention please? This train is formed of twelve coaches. Platform four for the 11:34 South Western Railway service to Guildford."

END_OF_DOCUMENT_TOKEN_TO_BE_REPLACED

Twitter was buzzing with people Tweeting train companies to give Harvey a chance to do it for real.

One person wrote: "Loved his friendship with Zac and their shared interest in trains, I could listen to their announcements all day and never be annoyed by a cancellation or delay #harveyandme."

Another added: "#harveyandme @KatiePrice should be so proud of herself and Harvey. Incredible documentary. Petition to have Harvey as the train voiceover!! Would be amazing."

Since the show aired and Twitter lit up with requests the National Rail got involved and they have now offered Harvey the chance to announce trains for real. 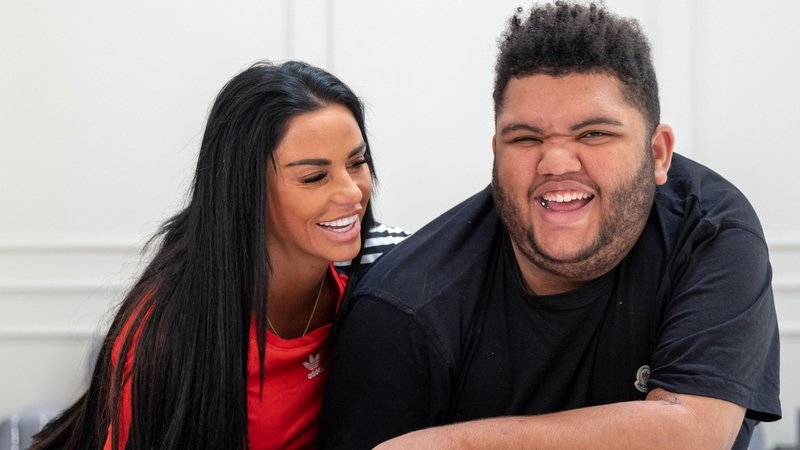 END_OF_DOCUMENT_TOKEN_TO_BE_REPLACED

The Media Relations Manager, Tracey O’Brien told the Metro.co.uk: "We, Network Rail, would be happy to arrange for Harvey to make an announcement at one of the Network Rail managed stations when it is safe to do so."

Harvey was born with Septo-optic dysplasia, a rare genetic disorder affecting his eyesight, as well as autism and Prader-Willi syndrome.

After seeing the response her son and the show got on from viewers Katie Price took to Twitter to thank fans and the people behind the production. "I wanted to say thank you so much to @bbcone @Minnow_Films and the general public for all your support in the lead up to #HarveyandMe and the incredible feedback tonight."

END_OF_DOCUMENT_TOKEN_TO_BE_REPLACED

"This really has been such an amazing journey for Harvey and myself, and I want to continue the conversation surrounding the difficulties that parents of children with complex needs face, and help parents going through a similar situation. Thank you all so much x."