He'll always be our hero! Enrique Iglesias has announced a Dublin gig

For the first time in four years, Enrique Iglesias has announced a gig in Ireland.

The Hero singer, who has sold more than 150 million albums worldwide, will play Dublin's 3Arena on October 21. 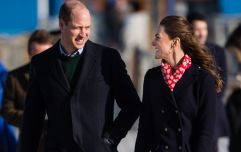 END_OF_DOCUMENT_TOKEN_TO_BE_REPLACED

It gets even better, though.

If the tour name is anything to go by, it's going to be a night you won't want to miss out on.

Fans will be treated to all of his greatest hits when Enrique takes to the stage later this year.

The singer has released ten studio albums throughout his career, becoming a multi-platinum artist just about everywhere.

Enrique has 31#1 singles on the Billboard Latin Songs Chart as well as having multiple #1's across all the Billboard charts with a combined total of 105.

You'll have to be quick if you want to get a sweat, as tickets go on sale very soon. 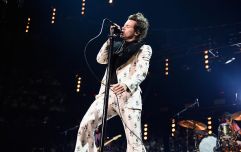 END_OF_DOCUMENT_TOKEN_TO_BE_REPLACED

Tickets are going to be priced beginning at €89.50, including booking fees, and will be available from all the usual outlets.

He will also be visiting London's O2 Arena on October 19, before playing Glasgow's SSE Hydro on October 23.

Girls With Goals || Her · Ep.155: 'Bits of Me' - Linnea Dunne on the importance of women's health
popular
Tried and tested: I tried the viral TikTok mascara hack to see if it really works
Let's get outside! 12 fab bargain buys for your garden, terrace or balcony
Matilda's Bruce Bogtrotter is a doctor now - and he doesn't even like chocolate
Louise Redknapp just admitted a shocking truth about her ex husband, Jamie Redknapp
Scarlett Moffatt discovers ‘30% rain’ on weather app doesn’t mean chance of rain
Why Are Men so Obsessed With Boobs? The Answer is Pretty Surprising...
Princess Anne: Harry and Meghan were right to quit royal duties
You may also like
3 days ago
Teenager seriously injured in Dublin shooting
3 weeks ago
Deliveroo workers in Dublin seek meeting with Gardaí over threat of knife attacks
4 weeks ago
Central Bank to become the new headquarters for Pokemon
1 month ago
Teenage boy stabbed to death in Dublin
2 months ago
3 Dublin Christmas markets we're dying to check out this weekend
3 months ago
Singing crowds gather on Grafton Street amid Level 5 restrictions
Next Page