He’s Off The Market - Benedict Cumberbatch Has A Secret Girlfriend

It’s the news we never wanted to read, write or share – but Benedict Cumberbatch is off the market. At least that’s what producer Rebecca Eaton let slip during a recent interview.

Speaking to Masterpiece Theatre, Rebecca Eaton hinted that the Sherlock star is now off limits.

END_OF_DOCUMENT_TOKEN_TO_BE_REPLACED

‘That might also explain her [Rebecca Eaton] other job: helping British hottie Benedict Cumberbatch find a new love interest. She wouldn't say whom the "Sherlock" actor has met, but she said it's time for all those "Cumberbitches" — the name used by his huge base of female followers — to move on.’

The actor, who has been linked to Fifty Shades actress Dakota Johnson in the past, has yet to comment on the claims. 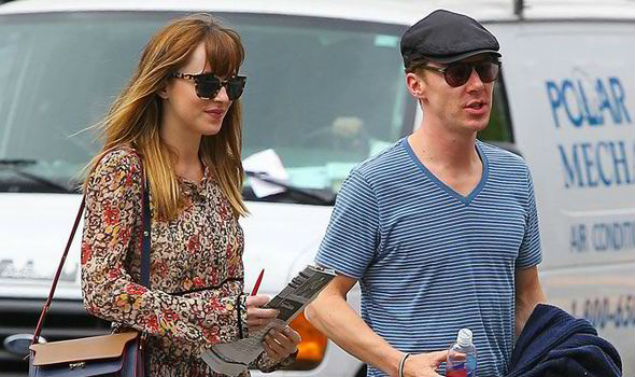 It has been rumoured that Benedict and Dakota have been dating since earlier this year.

Girls With Goals || Her · Ep.161: Feeling Peachy - Sharon Keegan of Peachylean on being an absolute BOSS!
popular
The DIY frozen coffee recipe that's so delicious you'll never pay for an iced latte again
Khloe Kardashian has JUST confirmed she is pregnant
How to INSTANTLY unblock your stuffy nose (we swear this works)
Here's the average age people lose their virginity around the world
Someone has ranked the penis size of men from all over the world
Woman who gave birth to 10 babies speaks out following fraud claims by partner
"This Is Horrible News" - Paul Walker's Long-Term Girlfriend Is Left Heartbroken
You may also like
2 years ago
Turns out, this colour of wine gives you the WORST hangover
5 years ago
Lily Allen has revealed that she was stalked for seven years
5 years ago
Pretty Little Liars actor Brandon Jones could be facing over five years in prison
5 years ago
Gwen Stefani Receives Massive Backlash After "Insulting" April Fools' Prank
5 years ago
Katie Price Names And Shames The Twitter Trolls Bullying Her Son Harvey
5 years ago
Kim Kardashian Blasts "Body-Shaming and Slut-Shaming" In Brilliantly Honest Post
Next Page