'He's The Real Deal' - There's Another Kardashian Wedding In The Works

The Kardashian matriarch is said to have decided that her toyboy lover is "the real deal" and is currently negotiating contracts with Gamble before they announce their engagement.

Jenner has been dating Gamble, who is Justin Bieber's tour manager, for over a year since splitting from Caitlyn Jenner and RadarOnline is now reporting that the couple are ready to tie the knot. 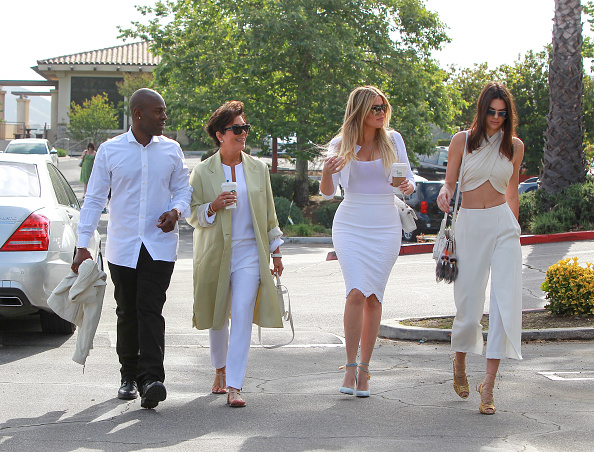 END_OF_DOCUMENT_TOKEN_TO_BE_REPLACED

“Kris figures she needs a man at her side right now, and she also needs to come across as a more human, ordinary person. She’s working out contracts and terms with Corey because she wants to get moving on this pretty quickly,” a source told the site.

However, it has also been claimed that her urge to marry is linked to the media storm around her ex-husband's transition and she is hoping that it will "upstage" Caitlyn's news.

“She swears it’s the real deal between her and Corey but anyone can tell the poor guy’s being used. Put brutally, he serves a purpose."

popular
Ronan Keating worried about son Jack as he is "quiet" on Love Island
Is the Lonely Planet article about Dublin accurate? A Dubliner responds
No one was able for Andrew and Dami's kisses on Love Island last night
Love Island's Gemma finally tells villa about dad Michael Owen on TV
Gemma Owen gets to know Jack Keating as her head turns on tonight's Love Island
So it seems Ekin-Su once competed as Miss Ireland before Love Island fame
Penneys has a perfect dupe for Charlotte Tilbury's Flawless Filter foundation
You may also like
4 days ago
Love Island's Gemma finally tells villa about dad Michael Owen on TV
1 month ago
The six Eurovision countries with "irregular voting patterns" have been revealed
5 months ago
The Late Late Show is looking for couples and singles for its Valentine's Special
6 months ago
WATCH: The trailer for the final season of Peaky Blinders is here
6 months ago
Britain's Got Talent star David Watson reportedly dies aged 62
7 months ago
I'm A Celebrity's Richard Madeley rushed to hospital after falling ill
Next Page