Holly Hagan has opened up about being sexually assaulted during her early days on Geordie Shore. 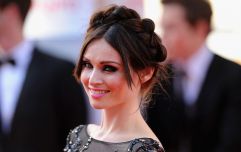 END_OF_DOCUMENT_TOKEN_TO_BE_REPLACED

"Being in the clubs again opened me up to a lot of trolling in person and a lot of kind of sexual harassment."

"I would go to club appearances and people would think because I've been this person on TV that they had the god given right to just turn around and grab my boob or try and put their hand up my skirt."

"It was honestly probably one of the most scariest times of my life."

How horrific for her.

Holly Hagan also opened up about the other sort of abuse, which included people shouting at her on the street.

Holly added: "My friends have had food thrown in their faces on nights out because they're with me."

The Bahamas would be nice but this plastic tree will have to do ?? 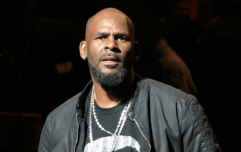 R. Kelly has been officially charged with aggravated sexual abuse

END_OF_DOCUMENT_TOKEN_TO_BE_REPLACED

Holly explained: "I don't remember there being any kind of support really... I personally would have felt like if I kind of reached out for help, I could have potentially been putting my job at jeopardy."

"Because I didn't know if they thought that I had anxiety and the show was causing me depression or whatever, that they might take that job away from me."

"You don't know that that's not gonna happen because there's not that open conversation about it and you're sat there with a job that you need the money for and you've left your other call centre job and you can't go back."

popular
At least seven bodies have been found in search for Brian Laundrie
Gogglebox's Paige Deville never wants to speak to mum again after quitting show
Wait... Are Maura Higgins and Giovanni Pernice back together?
Shirley Ballas shares update after getting lump checked
Notebook and backpack belonging to missing Brian Laundrie found alongside human remains
Police investigating viral video of child being 'forced' to have ears pierced in UK
Groom kicks out wedding guests after they all wear white
You may also like
2 days ago
Man arrested after woman raped on train as passengers filmed it
2 days ago
Online site set up to allow students to report on campus sexual assault
1 week ago
Victims of sexual violence face waiting over a year for counsellors
1 month ago
'Upskirting' and 'downblousing' set to become criminalised in Northern Ireland
1 month ago
Half of women feel unsafe walking home after dark
7 months ago
Actor Armie Hammer accused of sexually assaulting woman
Next Page