Hollyoaks actress Jorgie Porter has announced that she and her fiance Oliver Piotrowski are expecting their first child together.

Celebrating "hopeful beginnings", the couple announced the happy news which comes after they revealed they had miscarried their quadruplets. 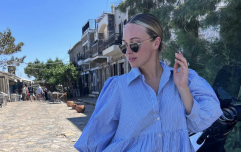 END_OF_DOCUMENT_TOKEN_TO_BE_REPLACED

Only eight months ago, the couple miscarried their quadruplets at 14 weeks, saying at the time: "Losing the quads was so sad and painful but it absolutely cemented the feeling that I want to be a mum."

In a video shared this week, the actress shared a clip of her baby scan and captioned it simply with "hopeful beginnings."

The post goes on to show Jorgie, Oliver and his son from a previous relationship all removing their hands from on top of one another, as well as their dog's paws, to show the scan underneath. 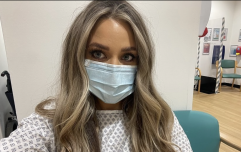 END_OF_DOCUMENT_TOKEN_TO_BE_REPLACED

It wasn't long before friends and followers flooded the comments with congratulations, including some famous faces.

I'm A Celebrity co-star Vicky Pattison wrote: "I don't think Ive ever been happier for anyone in my life!!! My beautiful jungle pal you deserve every happiness! Im so unbelievably excited for you both."

Ashley James wrote: "Ahhh Im so so happy for you my love."

END_OF_DOCUMENT_TOKEN_TO_BE_REPLACED

Last February, the actress told Closer magazine that she wasgoing the extra mile in order to have a baby.

She revealed: "Im taking fertility supplements including folic acid, cutting down on alcohol and Im mindful about not getting too stressed. I keep thinking "Ive been pregnant before so its possible to fall pregnant again"."

popular
Molly-Mae Hague fans think they officially know her baby's name – and it means cloud
Baby found unattended in pram in Dublin, Gardaí reveal
Joanna Cooper heartbroken after her mum is diagnosed with dementia
"I feel like I lost myself": Nathalie Lennon on her mental health struggles and her latest project with Pieta
Tasha Ghouri hits back at another islander who called her relationship fake
Conor Mcgregor hit by car ‘at full speed’ while cycling
Gwen Stefani reportedly pregnant with baby number four
You may also like
1 year ago
Hollyoaks star Sarah Jayne Dunn speaks out after shock exit over OnlyFans account
1 year ago
Hollyoak's Stephanie Davis has experienced a miscarriage
1 year ago
People are reenacting Curtis and AJ's Hollyoaks scenes and sorry, too much
2 years ago
Jorgie Porter is 'returning to Hollyoaks' to celebrate the soap's 25th anniversary
2 years ago
Hollyoaks star Lucy-Jo Hudson has welcomed a son with boyfriend Lewis Devine
3 years ago
Asan N'jie's Emmerdale contract 'terminated with immediate effect' after incident at TV Choice Awards
Next Page