Amanda Bynes' mother Lynn has broken her silence following the sexual abuse allegations against her husband.

28-year-old Bynes took to Twitter earlier this evening to reveal “the truth” about her father.

The former actress claimed that her Dad, Rick Bynes, had acted inappropriately towards her, fondling himself and asking if she “wanted to have sex with him”.

Lynn’s released a statement to E! News expressing the heartbreak at the events that had unfolded online and stressed that the allegations “stem from Amanda’s mental state”.

"I am heartbroken today for my husband of 47 years," she said.

"Rick has been the best father and husband a family can ask for. He has never abused Amanda or our other children physically or sexually. These accusations are absolutely horrible and could not be further from the truth.

These allegations stem from Amanda's mental state at the moment. They have no basis in reality. It saddens me beyond belief that my husband's character could be slandered in such a way". 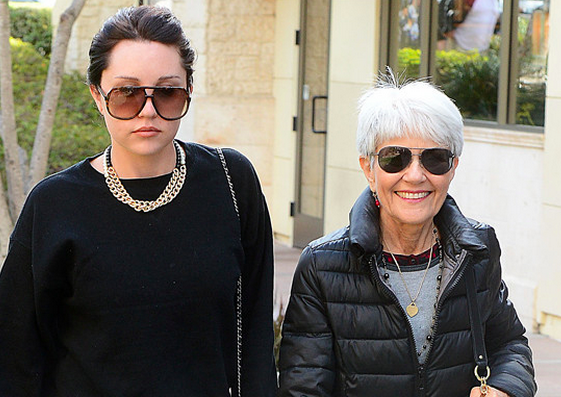 Amanda with her Mum Lynn.

Bynes issued a series of tweets that revealed she was seeking legal advice for a restraining order against her Dad.

END_OF_DOCUMENT_TOKEN_TO_BE_REPLACED

The tweets read in full:

“My dad was verbally and physically abuse to me as a child. He called me ugly as a child and then asked me if I wanted to have sex with him and I did not know how to respond and I said no and then I was forced to live with my dad, which was a total nightmare.

“My dad fondled himself in front of me so many times that i started recording him on my phone in hopes of catching him saying or doing something inappropriate around me so I could get him arrested & put in jail for the rest of his perverted life.

“My mom knows that my father’s literally and physically incestual towards his own daughter and the fact that she never called the police on him embarrasses me to no end.

“So, today I am meeting with a lawyer to get a restraining order against my dad. I cannot hear the sound of His incestually charged voice ever again and I’m just being honest

“I will not be manipulated or brainwashed by anyone anymore. So let me live my own life free of unhappiness and misery”[sic].

“So call me what you want but please do not call me crazy or insane because that’s a joke”, she concluded.

Moments ago, Bynes updated her 3.1 million followers telling them that the claims were false and the "microchip" in her brain "ordered" her to do so.

popular
It turns out we may have been brushing our hair wrong the whole time
Irish teacher Lucy Lanigan-O'Keeffe is engaged Prince William's best friend, Thomas van Straubenzee
Someone has ranked the penis size of men from all over the world
5 new additions to Netflix to spend your weekend watching
Love, Guaranteed is the romantic comedy we never knew we needed
From blonde to brunette - 6 things I wish I knew before going back to my roots
So are we dating?... 10 signs it's time to define your relationship
You may also like
1 year ago
Turns out, this colour of wine gives you the WORST hangover
4 years ago
Lily Allen has revealed that she was stalked for seven years
4 years ago
Pretty Little Liars actor Brandon Jones could be facing over five years in prison
4 years ago
Gwen Stefani Receives Massive Backlash After "Insulting" April Fools' Prank
4 years ago
Katie Price Names And Shames The Twitter Trolls Bullying Her Son Harvey
4 years ago
Kim Kardashian Blasts "Body-Shaming and Slut-Shaming" In Brilliantly Honest Post
Next Page