Scottish actor Gerard Butler has spoken about his turbulent love life, saying he hasn't found 'the one' yet.

The P.S I Love You actor, who has been linked to Cameron Diaz, Jennifer Aniston and Naomi Campbell, has struggled to find his perfect partner.

Speaking to The Mail on Sunday, Butler said, ‘I have not met the one princess yet,’ said the 44-year-old actor.

END_OF_DOCUMENT_TOKEN_TO_BE_REPLACED

‘That doesn’t mean I have not met a lot of princesses along the way, but not the one and only yet.

‘Or maybe I have and she might come back into my life at some point. You should never rule out anything. But am I seeing the one now? The answer, sadly, is no.’ 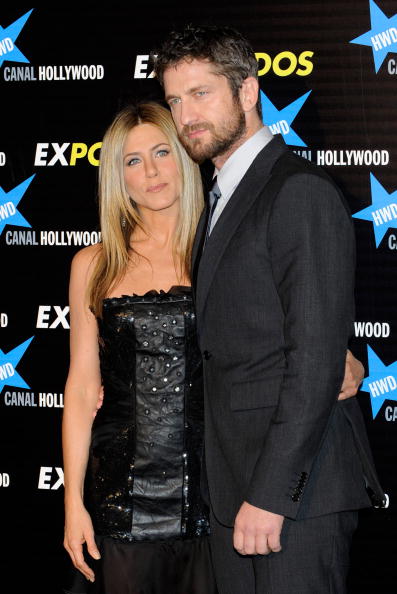 END_OF_DOCUMENT_TOKEN_TO_BE_REPLACED

Butler is currently working on location in Australia for new film Gods of Egypt and said work pressures have interfered with his love life in the past.

‘It’s harder to be in a relationship in this industry. It’s partly my own fault, and partly the nature of the beast.

'It’s hard when you are leaving all the time. I’m now in Australia for two months. Who wants to put  up with that?

‘But who says life has to be just one relationship? Maybe it’s meant to have many short relationships.’

Something tells us Mr Butler won't be single for long...

popular
Hilary Swank, 48, reveals she is pregnant, expecting twins
Davide Sanclimenti opens up on having kids with Ekin-Su Cülcüloğlu as he turns down Dancing On Ice
Joanne McNally is set to be on tomorrow's Late Late Show
Lush to open its biggest Irish store this winter
So apparently George and Mollie from Love Island aren't actually step siblings
Angelina Jolie accuses ex-husband Brad Pitt of abuse
People are being warned not to dress as Jeffrey Dahmer for Halloween
You may also like
3 years ago
Turns out, this colour of wine gives you the WORST hangover
6 years ago
Gwen Stefani Receives Massive Backlash After "Insulting" April Fools' Prank
6 years ago
Katie Price Names And Shames The Twitter Trolls Bullying Her Son Harvey
6 years ago
Kim Kardashian Blasts "Body-Shaming and Slut-Shaming" In Brilliantly Honest Post
6 years ago
WATCH: Emma Watson Launched HeForShe Arts Week On International Women’s Day
6 years ago
Kylie Minogue Just Served Kylie Jenner With Some Scathing Home Truths
Next Page