With designer gowns and A-list parties, it looks as if life is pretty good for Cara Delevingne.

However, the model has revealed that she has struggled with certain aspects of her career and considered giving up her acting dreams after agents refused to take her seriously. 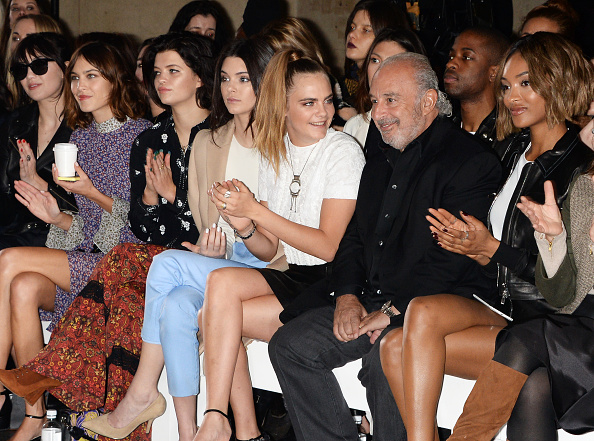 END_OF_DOCUMENT_TOKEN_TO_BE_REPLACED

"I basically gave up on acting, because trying to get an agent was impossible. Everyone said, "You're just a model"" she told the Wall Street Journal.

"I ended up feeling a bit empty. Fashion is about what's on the outside and that's it."

The 22-year-old is about to make her lead actress debut as Margo in Paper Towns opposite Nat Wolff and will also appear with Jared Leto and Ben Affleck in Suicide Squad.

popular
Smyths issues warning to parents ahead of Christmas
So, William and Harry have a step sister... and who knew?
Netflix's true crime series Sins of our Mother is seriously insane
Why Are Men so Obsessed With Boobs? The Answer is Pretty Surprising...
Beauty advent calendars: We found the best ones to buy for 2022
Rylan Clark was hospitalised with two heart failures after marriage breakdown
Post Malone dramatically falls through stage during concert
You may also like
4 days ago
Sumner Stroh speaks out after Adam Levine denies affair
1 week ago
Daniel O'Donnell is selling his Ballinteer penthouse for €760k
1 week ago
Ekin-Su shares the celebrities that have been sliding into her DMs
1 week ago
Gigi Hadid's dad addresses Leo dating rumours
2 weeks ago
Brian Dowling's sister Aoife reunites with newborn 5 days after giving birth
3 weeks ago
Lea Michele addresses Glee cast bullying claims
Next Page