"I Just Didn't Enjoy It" - Madonna Speaks Out About Taking Drugs

Madonna has spoken out about taking drugs during an interview with Jonathan Ross.

The singer, who suffered what can only be described as an epic fall during her Brit Awards performance on Wednesday night, revealed that she isn’t a fan of drugs when asked about referencing them in her song lyrics.

She told the host: “I am not a big fan of drugs. They just don’t suit me. The handful of times I have tried drugs, many many many many years ago, I just didn’t enjoy it. I wanted it out of me. I started guzzling bottles of water thinking that was going to end it.”

END_OF_DOCUMENT_TOKEN_TO_BE_REPLACED 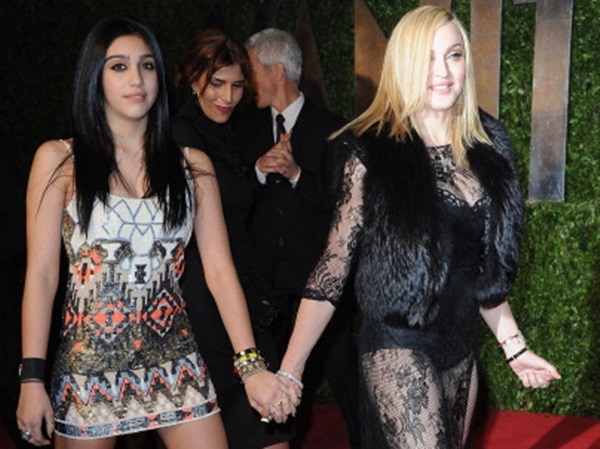 Madonna and daughter Lourdes in 2011.

As for addressing such issues with her children, Madge revealed that she always tells them to try things in moderation.

“I just ask my daughter (18-year-old Lourdes) to make wise decisions and to do things in moderation and to try not to mix her alcohol,” she explained. “I am not going to say ‘no, don’t do it’ because that is just absurd. And it is not fair. Yeah, I did it.”

This special edition of The Jonathan Ross Show is due to on March 14th on ITV.

Girls With Goals || Her · Ep.156: 'Beauty Returns' - Rebecca O'Keeffe is BACK and we're talking about viral beauty trends
popular
Palace source says THIS incident on the tour of Australia upset Meghan's staff
Rare "Sahara dust" weather event expected to hit Ireland this week
RTÉ wins rights to Harry and Meghan's Oprah interview
Kate Middleton has addressed the rumours that she's pregnant with her fourth child
"He told me I had cervical cancer, but then he said - you will be okay"
Here's what happens on every day of your menstrual cycle (roughly)
Italy blocks AstraZeneca vaccine shipment to Australia
You may also like
2 years ago
Turns out, this colour of wine gives you the WORST hangover
4 years ago
Lily Allen has revealed that she was stalked for seven years
4 years ago
Pretty Little Liars actor Brandon Jones could be facing over five years in prison
4 years ago
Gwen Stefani Receives Massive Backlash After "Insulting" April Fools' Prank
4 years ago
Katie Price Names And Shames The Twitter Trolls Bullying Her Son Harvey
4 years ago
Kim Kardashian Blasts "Body-Shaming and Slut-Shaming" In Brilliantly Honest Post
Next Page