Idris Elba has married his long-time partner Sabrina Dhowre in a secret ceremony in Morocco.

According to Vogue, the couple said 'I do' on April 26 at the Ksar Char Bagh hotel in Marrakesh.

Later on, the bride changed into a v-neck style embroidered dress with pearls, gemstones and finished with couture lace.

Vogue report that the couple, who announced their engagement in 2018, spread out their wedding celebrations over three days.

Guests attended a 'colours of the Souk'-themed dinner the night before the wedding. And today [April 27], they will reportedly be attending an all-white celebration at the Mandarin Oriental which will "emulate the atmosphere of a festival."

The publication shared a number of photos from the newlyweds' big day on Instagram.

"Congratulations to newlyweds #IdrisElba and #SabrinaDhowre who exchanged vows in Morocco on April 26 2019.

"Celebrations were spread over three days in Marrakech. See more in the world exclusive in the July 2019 issue of #BritishVogue." 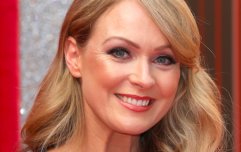 END_OF_DOCUMENT_TOKEN_TO_BE_REPLACED

The couple first met back in 2017, when he was filming The Mountain Between Us in Canada.

They got engaged just before Valentine's Day last year, when the Luther actor popped the question ahead of a screening of his film, Yardie.

The Rio Cinema in Dalston was the first to confirm the happy news on social media.

Alongside a photo of the actor, they wrote:

"Still 5 days to Valentines Day but @idriselba went down on one knee and proposed to his girlfriend live on stage this morning before a preview of his film #Yardie."

And when one fan asked the important question - "did she say yes?!" - the cinema was quick to reply:

"She said yes and there was much clapping and cheering."

Girls With Goals || Her · Ep.153: Scholarship Squad - We chat to Facebook's Claire O'Hara about our Smurfit Scholarship fund.
popular
Irish people urged to send a hug to loved ones on National Hugging Day in aid of Ronald McDonald House
Matthew Perry's dad was a character on Friends and how did we not notice?
Robbie Williams "fairly sick" with Covid while holidaying in Caribbean
Gilmore Girls star says he didn't storm the Capitol, praises those who did
Gwyneth Paltrow's vagina candle "explodes" in woman’s living room causing fire
Seven Things You May Not Have Known About... Garth Brooks
Josepha Madigan compares issues around schools reopening to Mother and Baby Homes
You may also like
1 year ago
Supergirl's Melissa Benoist and Chris Wood have gotten married
1 year ago
Rory O'Neill (aka Panti Bliss) married his longterm partner Anderson Cabrera yesterday
1 year ago
The Body Coach Joe Wicks and Rosie Jones have gotten married
1 year ago
Danielle Lloyd and her fiancé, Michael O'Neill, have gotten married
1 year ago
Ed Sheeran and Cherry Seaborn have reportedly gotten married
2 years ago
Beyonce has shared the first full look at her vow renewal wedding dress and it is STUNNING
Next Page