I'm A Celeb: 32 Ofcom complaints made over Ian Wright's behaviour towards Andrew Maxwell

The pair have clashed on more than one occasion.

Britain's television watchdog Ofcom has said it received complaints about Ian Wright's behaviour towards Andrew Maxwell on an episode of I'm A Celeb.

Roles were switched up as Caitlyn Jenner became the new leader of the camp and producers promised contestants they'd get a reward if they didn't revert back to doing their previous chores.

But somehow, it led to a clash between campmates Ian Wright and Andrew Maxwell which lead to Wright shouting at the Dubliner, causing Maxwell to retreat from camp and question whether Wright would speak to others the same way.

Tension between the two had been brewing for days, but came to a head in Wednesday's show when they clashed over beans. Yes, beans.

Wright and Kate Garraway took over cooking from Myles Stephenson in the camp. When they'd finished cooking, Wright asked Stephenson to taste the beans to see if they were cooked. 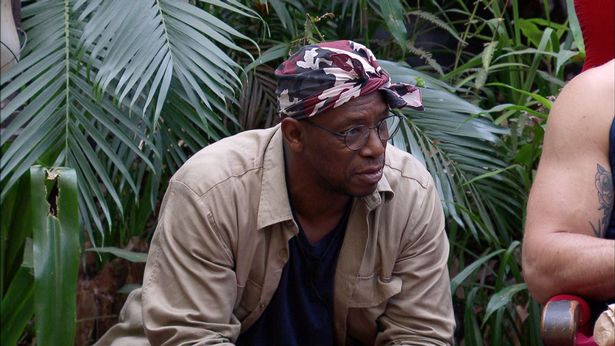 Garraway initially stopped this and said:

"No because we'll be punished."

"Maybe err on the side of caution."

"What, he can’t taste it? What are you talking about? Jacqueline just tasted it."

"Yeah but she wasn't the cook before."

In the Bush Telegraph, Kate commented on Wright's behaviour:

"We've been in here a while now and we're living in close quarters and everyone has very different personalities and people deal with what they're going through in very different ways and we've had a few flare-ups."

Later in the episode, Maxwell served himself food, rather than letting the food be served to him like the camp rules stipulated.

Wright complained about Maxwell in the Bush Telegraph saying:

"I've had enough, it's the hypocrisy of it. That just winds me up."

The entire exchange made for uncomfortable viewing for people at home.

popular
Mum accidentally names twins after TV show and now wants to change their names
Trolls target Emma Willis' eight-year-old son over pink clothes and long hair
WATCH: Zara shopper left mortified over embarrassing trouser gaffe
Dublin TikTok house deny staging dance with couple having sex behind them
Lily Allen launches "life-changing" sex toy and yeah, fair play
Here's what happens on every day of your menstrual cycle (roughly)
Someone has ranked the penis size of men from all over the world
You may also like
1 month ago
I’m A Celebrity...Get Me Out Of Here! confirms location for 2020 season
2 months ago
I'm A Celebrity, Get Me Out Of Here moves to ruined castle in UK this year
10 months ago
Myles Stephenson on what really happened during that off-air chat with Jacqueline Jossa
10 months ago
Jacqueline Jossa says that reuniting with her family was better than winning I'm A Celeb
10 months ago
Andy Whyment says he wants to go back to his 'normal, boring life' after I'm A Celeb fame
10 months ago
Dan Osborne has shared some gorgeous holiday pictures of Jacqueline Jossa and their kids
Next Page