To her many fans, Suzanne Jackson seems to have a pretty perfect life.

But the blogger has in the past highlighted the uglier side of what she does - including online trolls and a barrage of unnecessary criticism.

So when fellow influencer Louise Cooney tweeted about the cyber bullying she's lately been at the receiving end of, SoSue rallied behind her.

Anyone who supports, follows, engages with accounts/ pages set up to bully and troll people should really have a look at themselves...

Taking to her Insta Stories (Ms Jackson has close-to a quarter of a million followers there) she included a screen-shot of Louise's observations.

She then followed up by highlighting that she'd simply had enough. 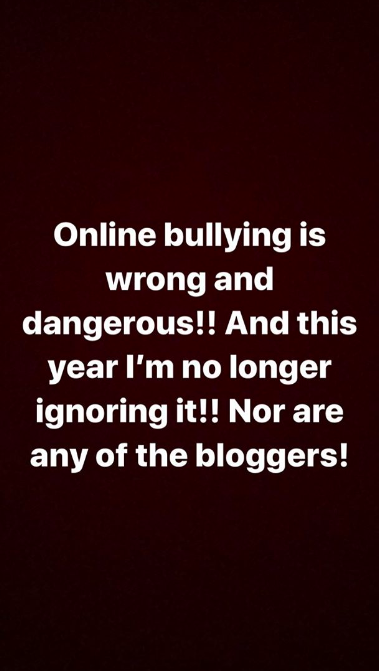 "Online bullying is wrong and dangerous," Suzanne wrote. "And this year I'm no longer ignoring it! Nor or any of the bloggers."

A follow-up post read: "We're going to get together to create a campaign to shut these people and pages down!"

END_OF_DOCUMENT_TOKEN_TO_BE_REPLACED 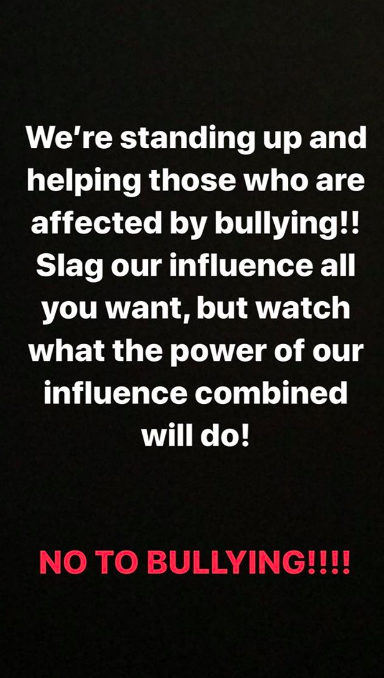 "After all the lovely posts about mental health awareness yesterday, I feel strongly about something and I’m gonna say it!" she began.

END_OF_DOCUMENT_TOKEN_TO_BE_REPLACED

"I feel very sorry for those who spend their days bitching constantly in online groups on Facebook about everyone and anyone!

"You are the cause for someone’s misery with your nasty words! YOU are adding to their anxiety, depression, their self doubt! You!! How does that feel?"

She concluded: "So instead of posting your nice caption and picture yesterday pretending you care about mental health…. Why don’t you think twice before you spew your hate online and really affect someone’s day/week/month."

popular
You stars Victoria Pedretti and Dylan Arnold spark romance rumours
Someone has ranked the penis size of men from all over the world
How to INSTANTLY unblock your stuffy nose (we swear this works)
15 signs that prove someone is falling in love with you
So are we dating?... 10 signs it's time to define your relationship
The most popular baby names in Ireland have been released in Statistical Yearbook 2021
40 iconic Kim Kardashian quotes to mark her 40th birthday
You may also like
4 days ago
Strictly microphones pick up gas audio from the contestants
2 weeks ago
Influencer charged with drugs trafficking after trying to board Dubai flight with cocaine
2 weeks ago
Mum shares horrifying story of toddler filming her in the shower on Instagram Live
3 weeks ago
Facebook, Instagram and WhatsApp down as outage hits for hours
1 month ago
Simon Harris and wife welcome arrival of new baby boy
1 month ago
Why did Britney delete her Instagram?
Next Page