Is This The REAL Reason Nick And Mariah Split?

Nick Cannon has come at the centre of a celebrity divorce between Amber Rose and Wiz Khalifa, with rumours suggesting he and Amber were having an affair.

According to TMZ, Nick who has been acting as a manager for Amber’s TV career, has been falsely linked to the actress.

Sources close to Cannon told the website that Nick claims he only heard about Amber’s intentions to divorce through her lawyers after he signed her as a client.

END_OF_DOCUMENT_TOKEN_TO_BE_REPLACED

The news comes following Cannon being photographed getting close to Amber Rose’s son, Sebastian, at a charity basketball game, just days after he announced that he was signing her to his management company. Wiz has now accused the two of having an affair.

A source close to Amber Rose told MediaTakeout that the actress’ feelings for Nick Cannon had nothing to do with him breaking up with Mariah Carey, especially since Nick remained faithful to Mariah throughout the duration of their marriage:

“Nick was faithful to Mariah, and Amber was with Wiz so nothing came out of it… But when Nick [and Mariah] broke up, they connected.”

Rose filed for divorce from rapper Wiz on Tuesday in Los Angeles, citing irreconcilable differences. She is seeking custody of their 20-month old son and spousal support as laid out in the former couple's prenuptial agreement. 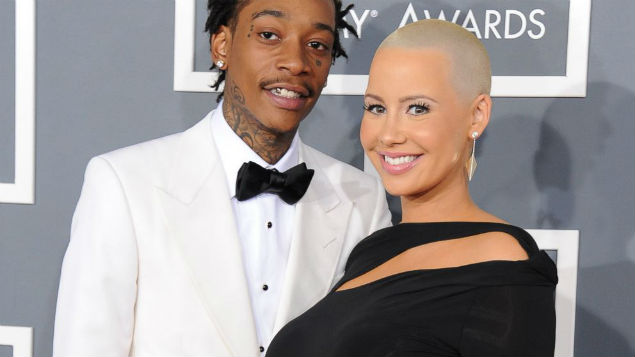 popular
Here are the baby name trends set to dominate 2023
Love Island's Faye Winter says she feels like she's "failing" as an influencer
Selena Gomez calls out "vile and disgusting comments" following Hailey Bieber interview
5 delicious brunch spots around Ireland to try out on your next trip with the girls
Stacey Solomon addresses previous comments about the monarchy
Royal Family ban TV channels from using funeral footage
Did You Hear What Brian O’Driscoll Said About Wife Amy Huberman on The Late Late Show?
You may also like
3 years ago
Turns out, this colour of wine gives you the WORST hangover
6 years ago
Gwen Stefani Receives Massive Backlash After "Insulting" April Fools' Prank
6 years ago
Katie Price Names And Shames The Twitter Trolls Bullying Her Son Harvey
6 years ago
Kim Kardashian Blasts "Body-Shaming and Slut-Shaming" In Brilliantly Honest Post
6 years ago
WATCH: Emma Watson Launched HeForShe Arts Week On International Women’s Day
6 years ago
Kylie Minogue Just Served Kylie Jenner With Some Scathing Home Truths
Next Page