It's Back On! Emma Stone and Andrew Garfield Snapped Holding Hands

The cutest couple in Hollywood look to be back on.

Fan hearts were broken when it appeared that The Amazing Spiderman co-stars Emma Stone and Andrew Garfield had gone their separate ways after almost four years of dating.

News broke last month that Garfield, 31, and Stone, 26, has ended their relationship after a strained period apart due to hectic work schedules. 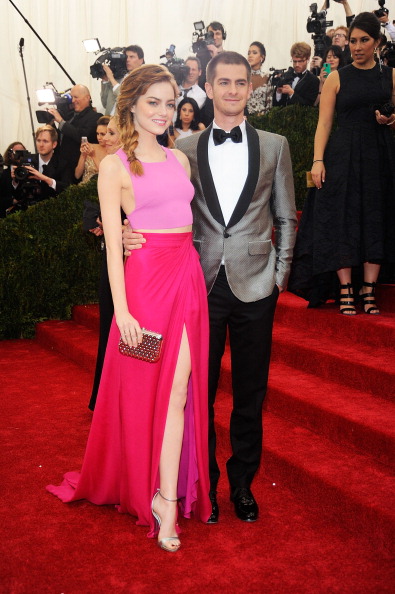 END_OF_DOCUMENT_TOKEN_TO_BE_REPLACED

Now, though, it seems all is not lost and this break-up might just have been a break after all. According to E! News, the pair were spotted in Malibu this week holding hands and looking as though they were back to their usual loved-up selves.  Stone was also snapped greeting Garfield’s parents with warm embraces at a screening of Aloha.

That's our faith in love restored then!

popular
This Netflix Christmas film is being dubbed the perfect rom-com
Ireland sees '100% success rating' with 4-day work week trial
"You can’t imagine what it feels to have had a baby and yet feel like you didn’t"
Why Are Men so Obsessed With Boobs? The Answer is Pretty Surprising...
Nicola Coughlan lands "lifelong dream" role as she gets cast in Oliver Twist
Expecting a baby in December? These are the top Christmas-inspired baby names
Bad Sisters stars snap back at New York Times article that called them British actors
You may also like
3 years ago
Turns out, this colour of wine gives you the WORST hangover
6 years ago
Pretty Little Liars actor Brandon Jones could be facing over five years in prison
6 years ago
Gwen Stefani Receives Massive Backlash After "Insulting" April Fools' Prank
6 years ago
Katie Price Names And Shames The Twitter Trolls Bullying Her Son Harvey
6 years ago
Kim Kardashian Blasts "Body-Shaming and Slut-Shaming" In Brilliantly Honest Post
6 years ago
WATCH: Emma Watson Launched HeForShe Arts Week On International Women’s Day
Next Page