Kimberley Walsh has denied reports that she has lost two stone following the birth of her baby boy Bobby.

The former Girls Aloud star set the record, which also claimed she turned to her friend Cheryl Fernandez-Versini for help, straight in her latest column for OK! magazine.

She wrote: “There was a story last week saying that I’d lost two stone, and I’ve turned to Cheryl – that’s not true at all!

END_OF_DOCUMENT_TOKEN_TO_BE_REPLACED

“I’d love to have lost two stone but it’s just not the case. The first stone came off quickly because of the baby and water retention, but the rest will be a lot slower.” 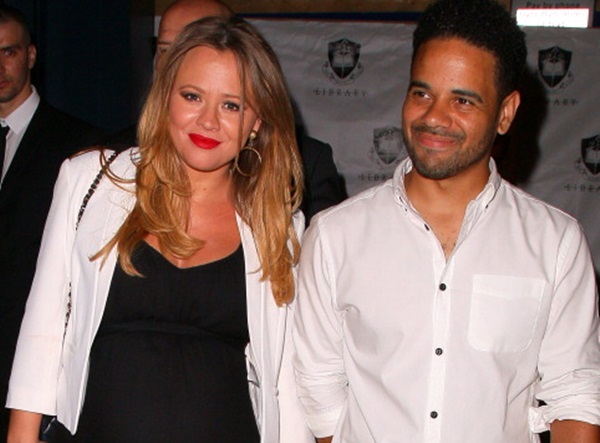 Kimberley and Justin welcomed their first child together in September.

The 32-year-old, who welcomed her first child with partner Justin Scott last month, added that she’s in no rush to start working out again.

“I haven’t done any exercise… it’s only been six weeks…  it’s strange that anyone would think I have time for fitness yet or that I’d even be thinking about it.”

popular
Tributes paid to Limerick based blogger and model Patrick McLoughney
Lidl closing early this weekend to thank staff for hard work
Husband of world champion runner Agnes Tirop arrested over death
Irish The Chase star hits back after fans claim he loses on purpose
Not going anywhere: Baby names set to stay popular for the next decade
The First Quadrillionaire? Paypal Accidentally Gives Man $92 Quadrillion
Squid Game fans spot massive clue in Tug of War game
You may also like
2 years ago
Turns out, this colour of wine gives you the WORST hangover
5 years ago
Lily Allen has revealed that she was stalked for seven years
5 years ago
Pretty Little Liars actor Brandon Jones could be facing over five years in prison
5 years ago
Gwen Stefani Receives Massive Backlash After "Insulting" April Fools' Prank
5 years ago
Katie Price Names And Shames The Twitter Trolls Bullying Her Son Harvey
5 years ago
Kim Kardashian Blasts "Body-Shaming and Slut-Shaming" In Brilliantly Honest Post
Next Page