Morgan made disparaging comments about Markle's struggles with her mental health.

ITV has come under increasing scrutiny after comments that Piers Morgan made on air in the aftermath of the much-discussed interview between Meghan Markle and Oprah.

In the interview, Markle revealed that she had previously had suicidal thoughts during her time in England after marrying Prince Harry, due to the amount of criticism and abuse she was receiving from the press and public.

Addressing these claims on Good Morning Britain yesterday, Morgan said "I'm sorry, I don't believe a word she said", adding that he "wouldn't believe it if she read me a weather report."

He went as far as to describe the interview as "contemptible". 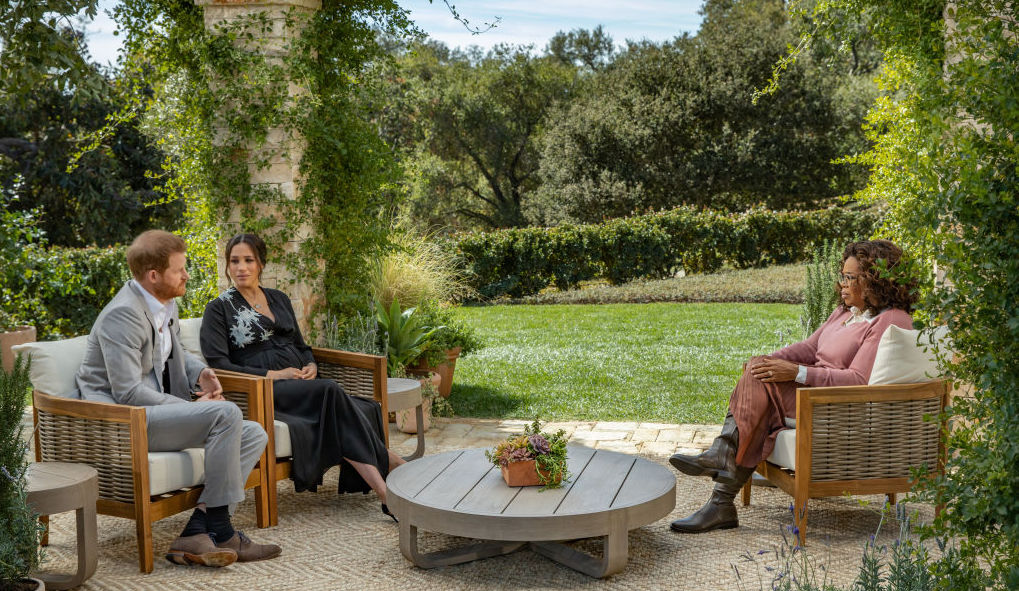 Many have criticised ITV for its hypocrisy in allowing Morgan to express these views while also running its Britain Get Talking campaign, which encourages people to open up about their mental health. There are calls for Morgan to be sacked as a result of his comments.

This morning ITV's CEO revealed in the broadcaster's earnings conference that they were "dealing" with the calls for the presenter to leave, and the network was "totally committed to" mental health.

Regarding Meghan's claims, Dame Carolyn McCall said, according to Variety: "I completely believe what she said, that the most important thing with mental health that ITV does and is totally committed to, is that we support, we get people to speak up, we listen, we say everyone has to listen and everyone has to believe because that’s how you get people to speak up. So we are very committed to that."

In the latest episode of what is increasingly becoming the Piers Morgan show, the presenter stormed off set this morning after being involved in a heated row with colleague Alex Beresford, in which Morgan continued to criticise Markle.

Girls With Goals || Her · Ep.161: Feeling Peachy - Sharon Keegan of Peachylean on being an absolute BOSS!
popular
A documentary on the murder of Grace Millane is coming soon
Emilia Clarke is set to be the next Marvel superhero
Here's what happens on every day of your menstrual cycle (roughly)
Jennifer Lopez just shared a steamy snap of herself and Ben Affleck – and WOW
Bride dislocates her leg during her first dance in viral clip
I got laser hair removal for the first time and here’s how it went
The sad reason why viral gymnast, Katelyn Ohashi, isn't on the USA Olympic team
You may also like
1 week ago
Meghan Markle is producing her own Netflix series
1 month ago
Harry and Meghan reject Archie's royal title because it has 'dumb' in it
1 month ago
Meghan was right to say Archie "won't be a prince" under Prince Charles
1 month ago
Prince William "threw Harry out" after "fierce and bitter" argument
1 month ago
Meghan Markle will not be returning to the UK this summer with Harry
1 month ago
Why we probably won't see a first picture of Meghan and Harry's baby girl for a while
Next Page